How can Africa rise to the challenge of a sustainable future?

UCT’s most recent Research Symposium looked at exploring the synergies between the SDGs, Africa’s Agenda 2063 and UCT’s Vision 2030. The event proceedings included two keynote presentations which are now available to watch in full. A brief description of each follows below.

Pedro Conceição, the director of the Human Development Report Office at the United Nations Development Programme (UNDP), opened his address by shortly touching on common threads between the SDGs and Africa’s Agenda 2063. “In a way, we can look at the SDGs as important steppingstones in driving us towards meeting the longer-term explorations of Agenda 2063,” he said.

The bulk of his address was focused on the roles knowledge can play in achieving the goals set out in the SDGs and Agenda 2063. “One, is what I call an instrumental role. So clearly, knowledge is fundamental in helping us to address very, very concrete challenges. And these can be defined and associated with specific goals and targets, and are illustrated, for instance, in the way in which we've been able to mobilize the scientific community in developing vaccines for COVID-19.”

He continued identifying another as the enabling role of knowledge: “Sometimes we look at the SDGs and targets of Agenda 2063, or we may be tempted to look at them, as problems to be solved. And they certainly are, and knowledge has a role to play to dismantle that dimension.”

He concluded his address with a call to utilise knowledge in the broadest possible way in order to achieve and excel at our goals: “Knowledge will have a crucial role to play and I conclude by reiterating the two or three ways in which I think it can play this role as an instrument in solving problems as an enabler of understanding the integrated nature of the challenges that we confronted, but perhaps more important, this consultative role of helping us to navigate this new reality of the Anthropocene.”

Professor Edgar Pieterse, who holds the NRF South African Research Chair in Urban Policy and is founding director of the African Centre for Cities (ACC) at the University of Cape Town, was the event’s second keynote speaker. He focused his address through the lens of Africa’s Agenda 2063 – noting the significance of the date that marks a century after post-colonial independence.

Pieterse highlighted two quotes from Agenda 2063, with the first encouraging learning from the past with an eye on the future. The second explains one of the Agenda’s goals is to see Africa realising its potential to be a prosperous continent with the means and resources to drive its own development, “with sustainable and long-term stewardship of its resources and where: Cities and other settlements are hubs of cultural and economic activities, with modernized infrastructure, and people have access to affordable and decent housing including housing finance together with all the basic necessities of life such as, water, sanitation, energy, public transport and ICT.”

With this as reference, Pieterse went on to explain that globally Africa has the fastest rate of urbanisation and that Africa and Asia will account for 90% of all growth in the next 30 years, with Africa more than doubling its urban population. By 2050, West Africa is expected to be the most urbanised region in Africa, followed by Central and East Africa.

In an effort to address these inequalities, Pieterse campaigned for cross-disciplinary efforts to create “sustainable infrastructure transitions in Africa that reinforces structural transformation in the direction of green industrialisation.” This includes low carbon, labour-intensive and -generative settlements that circulates social and economic and ecological value within and across its communities. He further adds that these spaces need to be digitally ready or primed for digital technologies and must be spatially efficient with diverse land uses and equitable land access.

Pieterse closed his address with a call for a research funding model that can fund social and system innovation in a way that puts UCT researchers on equal footing with others and mentioned that this will require a massive change in the academic endeavour’s approach. 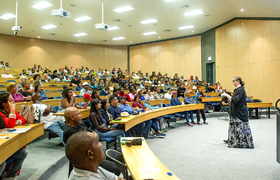 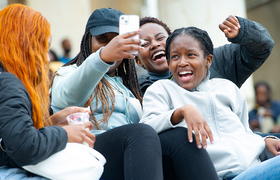 Videos
Studying at UCT: students reflect on their experiences 02 Feb 2023 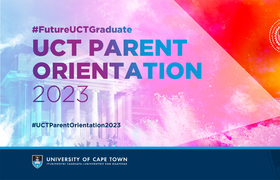 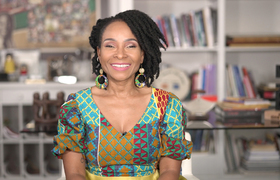