The Doctor of Science from SU recognises “his research leadership and scientific breakthroughs, for his exceptional contribution in strengthening and advancing science at a national and international level, and for his generosity in sharing his knowledge and expertise to develop students in the field of computational and applied mechanics”.

A former Dean of Science at UCT and director of the UCT Centre for Research in Computational and Applied Mechanics, Emeritus Professor Reddy completed a BSc in Civil Engineering at the university in 1973, followed by a PhD at the University of Cambridge in the United Kingdom.

The honorary doctorate citation notes that Reddy made major contributions to the analysis of problems in solid mechanics, most notably plasticity, and to the development and analysis of mixed and related finite element methods. It continued: “Beyond these major areas of expertise, he has also made significant contributions to aspects of biomedical mechanics.”

Reddy is a founding member of the African Institute for Mathematical Sciences and a founding fellow of the Academy of Engineering and Technology of the Developing World. 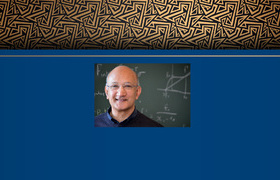 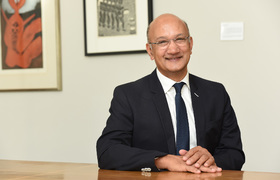 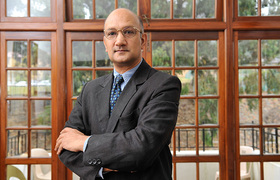