Research on vaginal health in young women, specifically in the territory of hormonal contraceptive methods, continues to evolve. Despite the benefits of contraceptives, which are vital for young women’s reproductive health and used worldwide by over 150 million women, some concern has arisen on the potential effects of these prevention methods on the vaginal environment, and the associated risk of sexually transmitted infections, including HIV.

Unintended pregnancy and its negative social, economic, educational and health-related effects are particularly severe for adolescents. Although the benefits of hormonal contraceptives are clear, concerns have been raised regarding the potential disruptive effects of contraceptive-use on the female genital tract’s mucosal environment and the risk of vaginal infections. The use of the injectable Depo-Provera has been associated with an increased risk of contracting HIV. This is of major concern since injectable contraceptives are the preferred prevention method for many adolescent girls and young women in sub-Saharan Africa who remain at high risk of both vaginal infections, including HIV, and unintended pregnancies.

It is this concern that prompted researchers at the University of Cape Town’s (UCT) Division of Immunology based at the Faculty of Health Sciences (FHS) to investigate the impact of available contraceptive methods on vaginal health. The paper, “Hormonal contraception alters vaginal microbiota and cytokines in South African adolescents in a randomized trial,” published in Nature Communications, evaluated the impact of three hormonal contraceptive methods on vaginal health in adolescent females.

“Identifying safe contraceptive options is an important public health priority… There is a critical need to improve our understanding of the effects that contraceptives containing different types of drugs have on the genital mucosal, to improve individual family planning guidance and recommendations for women,” said Dr Christina Balle, the first author on the paper.

This research is a sub-study of UChoose, an open-label randomised crossover investigation comparing acceptability and contraceptive product preference as a proxy for HIV prevention delivery methods. Led by Professor Linda-Gail Bekker, deputy director of the Desmond Tutu HIV Centre at UCT’s Institute of Infectious Disease and Molecular Medicine (IDM) at FHS, the UChoose study was conducted at the Desmond Tutu Health Foundation Youth Centre in Masiphumelele. Participants were enrolled between September 2015 and June 2017.

The contraceptives in this study included combined oral contraceptive pills and a combined vaginal ring; both containing both an oestrogen and progestin component, and the progestin-only injectable, Net-En. The researchers wanted to see if Net-En would cause damaging microbial and immunological changes in the vagina due to its lack of oestrogen.

Balle’s paper explains that high vaginal bacterial diversity and lack of protective Lactobacillus bacterial species have been associated with vaginal inflammation, which is linked to an increased risk of vaginal infections – including the acquisition of HIV, as well as poor reproductive health outcomes in general. As a result, microbial components of the vagina are critical for protection against infections and for maintaining sexual and reproductive health.

According to the data, the Net-En injectable did not increase genital inflammation or significantly alter the vaginal microbiota in South African adolescents. Neither did oral contraceptives. This suggests that their administration is safe in young women at risk for vaginal infections.

Balle said: “We found that bacterial species associated with vaginal imbalance and risk for HIV and inflammatory molecules, including several associated with HIV risk, were increased in adolescents randomised to vaginal ring use. This is concerning because several types of vaginal rings, including multi-purpose rings containing antiretrovirals in addition to contraceptive hormones, are currently in clinical trials and showing promising results.”

The results from the study may be specific to the particular ring, formulation and active compound, as well as the demographic of the study. “Yet, the potential for alteration of vaginal bacteria and the consequent increase in inflammation with ring use should be considered and evaluated when planning and assessing future ring trials, particularly among adolescents,” she said.

Young women having method-choice options as they navigate their sexual and reproductive health options is key. Insights gained from this study could aid in the development of novel and safe contraceptives for expansion of method-choice for young women in HIV-prevalent settings.

“The inclusion of adolescent girls and young women in a study such as ours is of crucial importance, as young women are a critical and vulnerable group that should not be overlooked in reproductive health research,” Balle said. 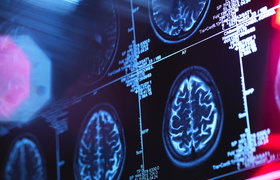