Dr Kenneth Hughes, now retired from the University of Cape Town’s (UCT) Department of Mathematics and Applied Mathematics, was a student activist during the 1960s and a member of the Students’ Representative Council (SRC) from 1967 to 1968. Dr Hughes was a student or staff member during the terms of seven UCT vice-chancellors. He recalled moments when Dr Saunders demonstrated his adroitness in “tightrope” situations – and his humour. Saunders passed away on 12 February 2021, after a short illness.

I was a member of the SRC during the handover of the vice-chancellorship from Dr [JP] Duminy to Sir Richard Luyt, and later on the lecturing staff during Dr Saunders’ tenure.

He provided particularly outstanding leadership during the so-called Conor Cruise O’Brien affair, a serious confrontation during which a part of the student body was misguided enough to attack the free-speech rights of the distinguished visiting Irish intellectual.

As a veteran civil rights person, I led the defence. Censorship is always wrong because it attacks the people’s right to know.

Stuart, early on, recognised this would be a defining crisis, but because he was vice-chancellor and was constrained by division among the teaching staff, he had to hold back until sufficient consensus had formed to enable him to arraign and take steps against the students who had led the violent disruption.

I and Charles Simkins led the way by proposing a motion, reaffirming UCT’s traditional policies of openness and academic freedom at the AGM [annual general meeting] of the Convocation, but it was butchered almost beyond recognition by amendments coming from the regressive left.

I well remember encountering Stuart the following day. He looked at me with a twinkle in his eye and said, “Ken, that was an impeccable motion.”

“In my view Stuart was the best of the seven vice-chancellors I encountered in my years at UCT.”

He would obviously have preferred it if we had not suffered death by a thousand cuts. But he survived, and I survived. During the crisis, I went out debating the students every day. And Stuart presided over debates among the faculty. Some of these debates were very rough.

One other memory that I have is about addressing a student gathering and innocently reading out to the audience a pamphlet that had been handed to me as I made my way up to the podium – only to find halfway through that it called for the lynching of “the fascist Hughes”. The audience was stunned into silence for a moment, then spontaneously erupted into shouts of denunciation of the pamphleteer.

The pamphlet turned out to have been written by a German student visiting on an exchange programme, who Stuart eventually identified and called in to haul over the carpet.

Gradually, after many weeks, liberalism and rationality prevailed, and the tide was turned.

In my view Stuart was the best of the seven vice-chancellors I encountered in my years at UCT, except possibly for Sir Richard Luyt (who had the advantage of being an outsider). 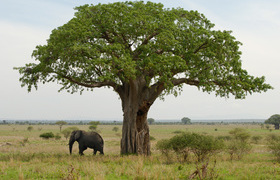 News
Under the Baobab: Essays to Honour Stuart Saunders on his Eightieth Birthday 22 Feb 2021 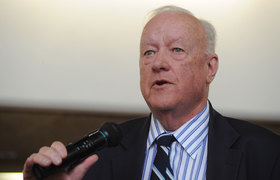 News
Stuart Saunders: ‘a champion of education for all’ 22 Feb 2021 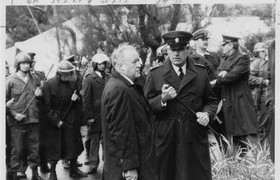 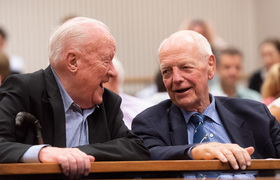