A unique global study has found that wealthier neighbourhoods in cities have more biodiversity in comparison to poorer ones – a pattern that scientists have called the ‘luxury effect’. However, this study found that this effect is far greater in the more arid regions of the world.

This new study involved what is called a meta-analysis, whereby all of the previous individual studies exploring this pattern are combined to test whether the luxury effect is consistently seen around the globe. This approach also allowed the researchers to explore other factors that influence these patterns.

The researchers used 96 different studies conducted in cities from around the world. They found that biodiversity, including plants, birds, reptiles and insects, increased in wealthier areas of a city. However, this increase was far greater in the drier regions of the world, all but disappearing in cities that experience high rainfall.

This finding suggests that the luxury effect is likely driven by water availability. Richer people living in dry regions may invest more in water features, such as ponds or swimming pools, or in irrigation of their gardens and parks. Alternatively, wealthier areas may be associated with wetter areas within these arid landscapes, with higher property prices associated with lakes, rivers or other wetland features.

“The luxury effect is likely driven by water availability.”

Surprisingly, the study found that the overall wealth of a country did not influence the likelihood that the luxury effect would be present.

Lead author, Professor Dan Chamberlain from the University of Turin, said, “Our study shows that rich people have greater access to biodiversity in cities, especially in drier parts of the world. This is important because biodiversity is a key component of the quality of life of city dwellers, but it is clearly not distributed equally across society. Moreover, given that climate change will likely increase aridity in many cities, this inequality will become more pronounced in the future.”

Co-author of the study, Associate Professor Arjun Amar from UCT, said, “Extreme inequality and arid conditions in South Africa make the environmental injustice caused by the luxury effect especially acute. Increasing our understanding of how these patterns arise can help in the creation of more equitable cities in the future.”

The authors say they hope the findings “will facilitate the management of urban areas in a more equitable manner, helping to ensure that the benefits of urban biodiversity are available to both rich and poor alike”.

Read more about the study on the Wiley Online Library website. 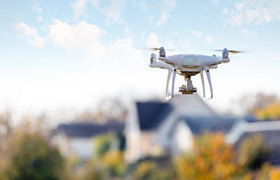