A new study, led by scientists at the University of Cape Town (UCT) and published in the journal Ostrich, explores where best to establish a new population of bearded vulture. The study identifies five potential locations within the species’ historic South African range – in both the Eastern and Western Cape – and explores the potential benefits and threats present at each site. The study also found that any reintroduction would be far more likely to succeed if a captive breeding population is established first.

The bearded vulture is one of the most threatened vultures in Southern Africa, with only around 100 breeding pairs left in the wild. In the past, the species was once far more widespread, occurring in both the Eastern and Western Cape. However, the species’ range is now restricted to the Maloti-Drakensberg Mountains of Lesotho and South Africa.

The bearded vulture is threatened by poison, electrocutions and collisions with powerlines, and more recently, by wind energy developments. Scientists predict that without intervention, the population could completely disappear within the next 50 years. Now, conservationists are proposing that a new population be established elsewhere in South Africa to help safeguard the future of the species.

Based on the study’s findings and motivated by successful reintroductions of the species in Europe, the Bearded Vulture Recovery Programme has initiated a captive breeding programme, Bred 4 the Wild, under the management of Shannon Hoffman. This breeding programme aims to supply young captive-bred vultures for the proposed reintroduction.

“We have already successfully reared seven chicks from eggs that were taken from wild nests,” said Dr Sonja Krüger, an ecologist with Ezemvelo KZN Wildlife, an author of the study and coordinator of the Bearded Vulture Recovery Programme. She explained that these egg removals will have no effect on the wild population because bearded vultures lay two eggs, only one of which ever survives to fledge.

“We have already successfully reared seven chicks from eggs that were taken from wild nests.”

However, more research is still required before any reintroduction programme can begin. “Our study helps give a general idea of potential areas to consider for the reintroduction,” said Christiaan W Brink, UCT PhD student and lead author. “However, it is now vitally important to ground truth their suitability and engage with stakeholders to ensure it is safe for the species to return.”

Poisoning, for example the use of poison to control predator numbers and avoid livestock losses, is the single most important cause of bearded vulture declines in Southern Africa, explained Krüger, and landowner cooperation within a release area will therefore be vital to the success of any reintroduction project.

Associate Professor Arjun Amar, who supervised the research, said, “Our study suggests that establishing a new population away from the species’ current range can act as an insurance policy against the extinction of this population.

“Successful reintroductions in Europe have shown that such a strategy can work for this species and is therefore something that we need to start exploring here in Southern Africa; our study is the first attempt to explore its feasibility.”

Read the paper on the Journal of African Ornithology’s website. 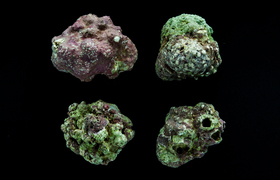