South Africa’s economy is “limping along” like the “sick men or women of Africa”, and a downgrade of its last investment grade by ratings agency Moody’s next month is inevitable.

These were the shared sentiments of a high-level panel during a post-budget speech discussion at the University of Cape Town (UCT) Graduate School of Business (GSB) on Thursday, 27 February.

The panel discussion comes a day after finance minister, Tito Mboweni, delivered his 2020/21 budget speech in Parliament on Wednesday, 26 February.

For Gossel, Mboweni delivered a “ram’s horn budget” and Gossel likened the minister to a lead soldier, blowing a ram’s horn before battle.

“That’s what Tito [Mboweni] basically did yesterday [Wednesday]. Effectively, his speech was a cry to battle,” he said.

Mboweni told Parliament that over the next three years, government will get the public sector to shave off R160 billion by reducing high spending on salaries in the sector.

“Anytime there’s been calls to trim down labour or wages inside state-owned enterprises, government faults. Unions are not going to take this lying down.”

Is it all a pipe dream? That remains to be seen. But Gossel believes that it will be “incredibly difficult” to get it right, mainly because “it’s never been achieved before”.

“Anytime there’s been calls to trim down labour or wages inside state-owned enterprises, government faults. Unions are not going to take this lying down,” Gossel said.

And because government’s not been able to forecast economic growth for the past ten years, and Moody’s has already indicated that economic growth in South Africa is not happening fast enough, a ratings downgrade is imminent, he added.

“The minister seems to have accepted that there’s nothing we can do. We are going to be downgraded,” Gossel said.

Gardner agrees. The writing is on the wall, she told the audience – a downgrade is looming.

She said South Africa has a “huge” deficit of R327 billion this year, which she explained sits at about 6.5%. “Moody’s said, ‘That’s your limit. If you hit that we’re going to downgrade you’. So, it feels like the downgrade is coming.”

Gardner said National Treasury remains too optimistic when it comes to economic growth, and that anything close to 1%, as previously predicted by the department is unrealistic.

But there is no panic, not just yet. The fact that inflation in South Africa remains low is good for economic growth, she added. She said Mboweni also sent a “clear message” to the Reserve Bank in his budget speech.

“[He said] we’ve hiked consumer taxes just a little bit, so we’re going to keep inflation pretty low at the moment. So, if you’re the Reserve Bank, can you please cut interest rates so we can have some growth,” she added.

According to February, considering the country’s rampant unemployment rate, slow economic growth and the fact that roughly 30 million people go to bed hungry every night, South Africans are pressing on.

“There is a resilience at the heart of society which holds it all together.”

“Somehow, there is a resilience at the heart of society which holds it all together,” she said.

But she reminded the audience that South Africa continues to feel the effects of state capture, which will take a long time to reverse.

“State capture costs; it costs in every single rand we are paying. But we have to try and restore order to our finances, and slowly but surely, it’s happening,” she added. 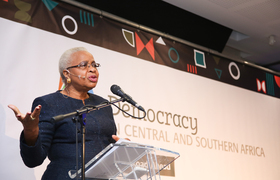 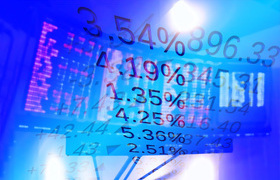 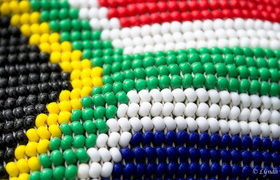