State capture: the ‘legacy of apartheid’

“I have to say to you that still, day in and day out, I am gobsmacked at the scope and extent of the devastation. I spend a lot of time thinking – how did this happen, how did we get to a point that across institutions, capture took place?”

This, advocate Hermione Cronje said, is a question she asks herself often following her return to the National Prosecuting Authority (NPA) in June 2019 as head of its Investigative Directorate. (She previously held several positions in the NPA between 1998 and 2012.)

Cronje was the keynote speaker at the University of Cape Town (UCT) Legacy Society Annual Summer School on Saturday, 18 January. Her lecture was titled: “Reclaiming the state from capture”.

Addressing a packed lecture theatre on UCT’s middle campus, Cronje described state capture as institutions that failed to serve the needs of South Africans and were instead captured to ensure a pipeline for looting.

“I have fears, fears that are your fears. Fears that the damage wrought is irreparable. Fears that the expectations of the public are impossible to meet and [concerns about] the state institution I had once proudly been associated with,” she said.

But what really enabled state capture to flourish? According to Cronje, apartheid was a mighty enabler.

She said following the country’s transition from apartheid into democracy, policies like supply and development and black economic empowerment were introduced to address certain social objectives and “increase black representation” at state institutions.

Similarly, racial antipathy – the feeling of frustration and inadequacy experienced by black South Africans when it came to opportunities presented to white South Africans – was another contributing factor.

“It’s a uniquely South African problem that allowed people not to call out rampant looting.”

Turning the giant tanker around won’t be child’s play, and is not up to the NPA alone, the UCT alumnus told the audience.

For a long time, she said, mid-level government officials stood “idly by”, turned a “blind eye” and enabled the looting and destruction of the state’s coffers. And individuals in the private sector did the same – they “took gaps” and grabbed opportunities without pointing out any wrongdoing.

“I listened to a talk by judge [Johann] Kriegler a few weeks ago and he said, ‘We all saw this happening, we watched it like a movie in slow motion … we saw what was going on and some did something, but most of us did nothing’,” she said.

Cronje said the NPA’s list of potential accused is “impossibly long”. However, that’s not the organisation’s only challenge.

At some institutions, she said, it’s been difficult to pick out people who can provide credible evidence in court. This is because they were either complicit or knew something but had opted to look the other way, and would struggle to answer probing questions in court.

“We know who we are after and we will prosecute them. We have begun and we will continue to work away at it.”

For Cronje and her team, the past six months have been spent trying to rebuild the NPA, which she described as being in “a shocking state”, while at the same time trying to gather enough evidence to bring criminals to book.

“We know who we are after and we will prosecute them. We’ve begun and we will continue to work away at it. For a change, the evidence is there and so now we are working our way there and we know where there is,” she said.

However, she noted, it’s not a simple process.

“Every time I thought we were ready to issue warrants of arrest someone would say, ‘But what about this. It’s a smoking gun. There is no way we can go to court and not include this.’ And then you have to ask, what does it add?”

To deliver on their mandate, she assured the audience, the NPA will not grasp at straws. Instead, role players are active behind the scenes, working on a strategy around the watertight evidence they’ve spent the past six months accumulating.

“I was despairing that Christmas was going to come and I would be hiding out in the house because I couldn’t go out into the streets without hearing ‘when is it going to happen?’.

“It’s happening. But it’s happening while we are fixing the ship and the ship is so broken; that in itself is a consuming exercise. It’s ... rotten in some places and then there are saboteurs around who are undoing the work you are trying to do.”

“We are forging quite a team and slowly gaining ground and require all of you to get off your butts and look at how you can actively support [us], instead of actively watching and waiting to see what is going to happen next,” Cronje said. 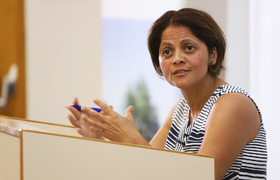 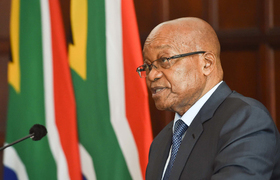 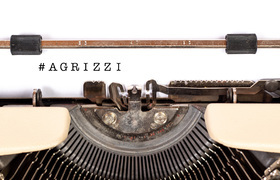 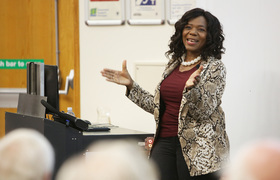 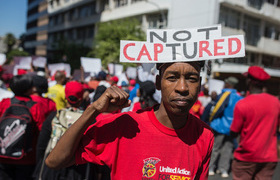