Time is running out for you, University of Cape Town (UCT) students, to vote for your new Studentsʼ Representative Council (SRC).

Ahead of the close of voting tomorrow, 27 September, chief electoral officer and director of student development at the Department of Student Affairs Edwina Brooks stressed the importance of all students casting their vote.

What is the role of the SRC?

Brooks explained that it is a legal requirement that each public higher education institution has student representation through the SRC. The SRC is part of the institutional decision-making processes, for example committees.

Why is it important for students to participate in the elections?

“There is a minimum requirement of 25% of undergraduate students to vote in order for the SRC to be considered legitimate. If we do not reach this target, then the university Council will have to approve an interim SRC. This interim SRC has limited powers.”

She added that all students who are registered for at least a semester are eligible to vote in the SRC election.

Staff cannot vote, unless the staff member is also a student, Brooks explained.

Who are the candidates and what are some of their messages?

“There are 20 candidates and their manifestos can be viewed online at 2019 SRC Manifesto Booklet.”

What is the election timeline?

“Voting closes tomorrow, 27 September. Provisional results will be announced on Monday, 30 September, and will be final, pending resolution of objections on 2 October. The newly elected SRC will then have 10 days to allocate portfolios. The term of the new SRC is from 1 November 2019 to 31 October 2020.”

How do students cast their votes?

Brooks said students can vote online at bit.ly/UCTVotes or at a voting station closest to them during the day.

How can students hold the SRC accountable?

“The SRC constitution indicates that students can hold the council accountable through mass meetings and the Student Parliament, which is an assembly of all the student structures at the university and serves as an advisory body to the SRC on policy matters.” 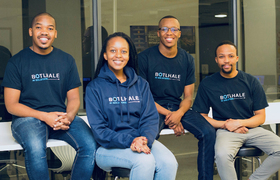 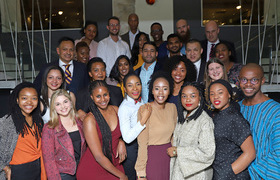 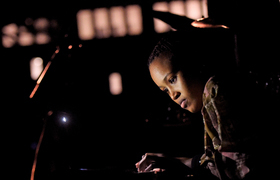 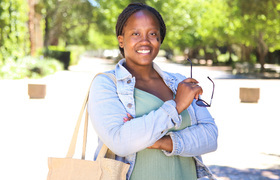