Representing your country at an international sporting event is both an honour and a privilege, and things are about to get very real for University of Cape Town (UCT) student Mark Keeling as he prepares to represent South Africa at the 2019 International Canoe Federation (ICF) Canoe Ocean Racing World Championships in France in September.

The opportunity comes after Keeling’s outstanding performance at the SA Singles Surfski Champs on Sunday, 28 April, which doubled up as the national trials for the world championships. The race was paddled at Strand Beach over a distance of roughly 22 kilometres in an “out-and-back” format.

He finished in 14th place overall and second in the under-23 division, automatically qualifying him for the international sporting spectacular scheduled to take place in Saint-Pierre Quiberon in the north-west of France.

This was quite an achievement, he said, adding that he was unfit because of his inability to train adequately during term time.

“I have learnt from years of experience how to race these hard races, and where my limits lie, so I feel that I managed my race the best I could.”

“I have learnt from years of experience how to race these hard races, and where my limits lie, so I feel that I managed my race the best I could.”

Keeling, a third-year mechanical and mechatronics engineering student in UCT’s Faculty of Engineering & the Built Environment (EBE), said while the group of between 50 and 70 canoeists normally prepare to paddle in high waves and strong winds, last week’s race was quite the opposite.

“The water was very calm, which made for a very beautiful, scenic paddle.”

Not an easy journey

In 2017 he qualified for the same world championship event, held in Hong Kong that year.

But it’s not always been an easy ride, and his lack of optimal fitness is the main reason he didn’t think he’d perform well at this year’s qualifier. His studies have been demanding and have taken up a large chunk of his time, he said.

“I’ve been unable to train much, generally one session a week, three if I [was] lucky. This was due to the large requirements of my degree and almost failing certain subjects in my first year.”

“I’ve been unable to train much, generally one session a week, three if I [was] lucky. This was due to the large requirements of my degree and almost failing certain subjects in my first year.”

Keeling is now focused on establishing the costs involved with participating in the world championships and weighing up the time commitment against his second semester workload and the demands that come with his studies.

He said the 2017 event had clashed with his exam timetable, but he had decided to participate anyway, a decision that had serious consequences. And although this year’s competition falls outside of his exam period, Keeling is concerned about missing out on class.

“I almost [needed] to extend my degree due to almost failing certain subjects. I don’t want to repeat the stress. I am worried about the time that I will miss at varsity as this has been my hardest year by far,” he said.

According to UCT Canoe Club’s Jason Collier, Jessica Pollock also notched up a notable performance at the Surfski Champs, coming eighth in the women’s division. 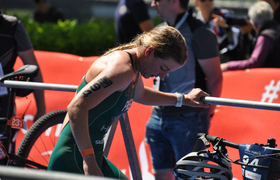 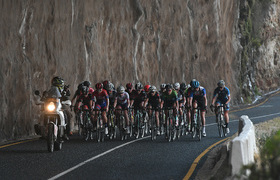