Research into the way the San have been represented in Iziko South African Museums over the past 100 years has earned University of Cape Town (UCT) academic Medeé Rall her PhD in education – her fourth from the institution.

Rall, who is the director of UCT’s Centre for Extra-Mural Studies (EMS), will receive her doctorate today, adding to her other three undergraduate and postgraduate degrees.

With her career and research built on museums and heritage studies, she chose to base her thesis on how the San were displayed during the colonial period, apartheid and post-1994.

“Museums are educational institutions, they are repositories of knowledge and they teach through their displays,” Rall said.

“In fact, displays in museums are considered their curricula, and we need to decolonise colonial- and apartheid-era displays.”

“In fact, displays in museums are considered their curricula, and we need to decolonise colonial- and apartheid-era displays.”

Rall’s research analysed displays of the San against a socio-political backdrop over a period of 100 years. The first exhibition was constructed and mounted during colonialism, while the second was created during apartheid. The most recent was mounted in a post-colonial and post-apartheid South Africa.

While decolonised exhibits exist at some South African museums, her thesis stressed the importance of decolonising colonial-era museum exhibitions.

Rall used a multimodal social semiotic framework to analyse these museum displays. This is a theory of communication and social semiotics that describes communication practices in the textual, aural, linguistic, spatial and visual resources, or modes used to compose messages.

She described her research as a journey of discovery, and a process of understanding the inhumane treatment the San had to endure.

“It was hugely upsetting and difficult to be exposed to the atrocities committed against the San – the indigenous people of our country,” she said.

But even at its most difficult moments, it was an “enriching experience”.

Conducting research into a “very sensitive” and “highly contested” area of work was difficult. She paid careful attention to her use of language and avoided sensationalism in the displays and her text.

“As an outsider, a lot of consideration went into the way I approached my research.”

“As an outsider a lot of consideration went into the way I approached my research.”

Rall credits her supervisors, associate professors Arlene Archer and Lucia Thesen, for their role in her journey to her fourth graduation.

“I was so lucky to have them. Sometimes it felt I was never going to get it all done, especially when I had to rewrite sections for the umpteenth time. But their guidance and encouragement helped me immensely,” she said.

Her research doesn’t end with her PhD. For Rall, the process is ongoing and she’s now focused on exploring how museums can get to grips with decolonising their displays.

This topic provides her with a springboard for future work, and she hopes to find synergies in it with the decolonisation of the country’s university curricula, something that is close to her heart.

“I always ask myself: ‘How can my research contribute meaningfully in the greater South African context?’ If I can get that right it will all be worth it,” she said. 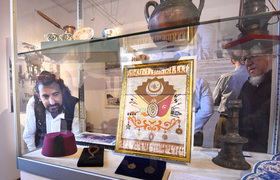 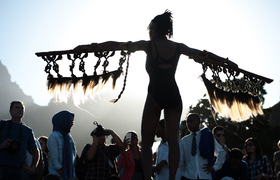 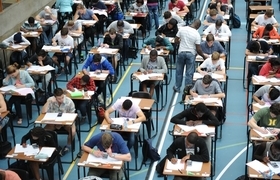 Research and innovation
Decolonising the curriculum: it’s in the detail, not just in the definition 13 Mar 2017
TOP