Caleb Qoyo, born in Ezibeleni township in Queenstown, in the Eastern Cape, has beaten both the odds and the competition to emerge as one of the brightest young economic thinkers in South Africa.

The 23-year-old economics student from the University of Cape Town (UCT) recently won the undergraduate section of the 2019 Nedbank/Old Mutual Budget Speech Competition.

Annually, Nedbank and Old Mutual invite young South Africans to share their insights on how to transform the economy. Essays were submitted in 2018 and the winners of the two sections – undergraduate and postgraduate – were named at a recent gala dinner.

This year’s question for contestants was: “What are the systemic risks of bitcoin/cryptocurrencies, if any, and have regulators been sufficiently aware of any risks?”

In his winning essay, which is available online, Qoyo determined that bitcoin fails to pose a systemic risk.

While significant understanding of cryptocurrencies is required to write and win a national competition on the topic, so too is knowledge of the economy. Growing up in Queenstown’s townships meant that Qoyo has lived and witnessed some of the countryʼs harshest socio-economic realities.

“I am a kasi [township] kid through and through,” Qoyo said.

“I have fond memories of growing up in a very sheltered environment, oblivious to the issues of crime and substance abuse that I would later see.”

At home, he was surrounded by a loving and supportive family. His parents encouraged their children to read and write at an early age.

The Qoyos later moved from Ezibeleni to Mlungisi, where he attended Kwa-Komani Comprehensive School. When Qoyo says he’s from Queenstown, people often ask him if he attended Queen’s College Boys’ High School.

“There are other quality schools in Queenstown that deserve more recognition. Kwa-Komani Comprehensive, in my time there, was one such school,” the proud alumnus said.

Although his family was very poor, Qoyo and his siblings were blessed with opportunities.

One example is when his Grade 10 English teacher presented him with his own school blazer. He’d often had to borrow one when attending inter-school debates or quizzes.

“Throughout my and my siblingsʼ lives, we have always been surrounded by people that encouraged us to have big goals and supported us in various ways. This put in me a deep sense of gratitude and desire to give back and do the same for others as was done for me.”

The reality of poverty, inequality and the countryʼs high rate of unemployment is bound to have an impact on those who live it daily.

“Growing up there gave me practical experience of what it is like to be on the receiving end of government’s attempts to address poverty and inequality,” Qoyo said.

Through interventions such as social wage and job creation programmes, he witnessed how many efforts by the government failed to be effective, and how this impacted recipients’ lives.

Seeing this shaped Qoyo’s views on the role of governments in economies. It also showed him that too many poor South Africans do not understand how the economy works, and how to meaningfully participate in it.

“There are many obstacles that still need to be addressed.”

His approach to economics was further shaped by seeing his peers struggle with the issues that plague much of South Africa; heading up households, alcoholism, and loss of hope that they could be better off than their parents.

Teachers would often have to double as counsellors and substitute parents, or fill other roles.

“Children with backgrounds like mine seemed set to fail when compared to their middle-class counterparts, regardless of our similar abilities and ambition,” Qoyo said.

This fuelled the economics student’s interest in driving positive and meaningful change in the public schooling system.

Reason to be optimistic

In between studying, he works as the programme coordinator at an NGO, the Emagqabini Education Academy. They specialise in tutoring, mentorship and career guidance for learners from public schools in Khayelitsha.

“The potential I see in my peers gives me a reason to be optimistic,” he said.

This optimism feeds into the budget-speech winner’s views on growth in South Africa.

“The current administration seems to be taking the corruption issue seriously. The independent commissions of inquiry seem to be unearthing a lot of the rot that has been embedded in the system for years.”

Other positive indicators for him include the appointment of minister Pravin Gordhan to oversee state-owned enterprises, the plan to unbundle Eskom, and President Cyril Ramaphosa’s good standing within the business community.

But Qoyo concedes that emerging from “a dark period” will take time and work.

“I won’t speak for all young people, I will just say for myself that the things listed above and the potential I see in my peers give me reason to be optimistic.”

The “kasi kid” believes his peers are keen to “start their own businesses and create employment for others”, as well as “create solutions for us, by us [and] that understand the nuances of our context”.

But it will take more than big ambitions.

“There are many obstacles that still need to be addressed at a social and economic level if we are going to make good on all these dreams we have,” he said.

Qoyo plans to start his own NGO within the socio-economic field. He also has two business ideas up his sleeve.

Until then, he is on his way to finishing his undergraduate degree and will then tackle postgraduate studies in the new semester. He will also continue his NGO work in Khayelitsha.

He dreams of landing a corporate job so he can fund a master’s degree in development finance at the Graduate School of Business.

To his UCT peers wanting to make a difference, whether in an NGO or through the Nedbank/Old Mutual Budget Speech Competition, his advice is to “do it”.

“You have nothing to lose and so much to gain.” 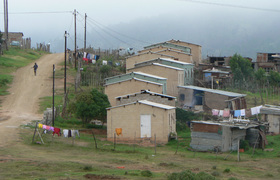 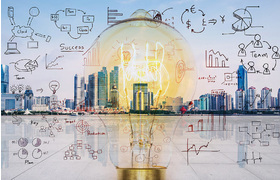 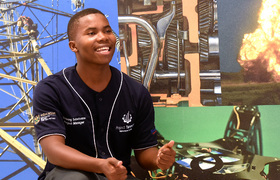