It’s not often that two sets of brothers who are close friends graduate from the same two faculties – and each with the title of doctor.

The two older brothers, 28-year-olds Mario Giuricich and Alex Backwell, are graduating with their PhDs in Quantitative Finance through the African Institute of Financial Markets and Risk Management (AIFMRM), part of the Faculty of Commerce. Their younger brothers, 24-year-olds Alessio Giuricich and David Backwell, will be graduating MBChB through the Faculty of Health Sciences.

It’s a rare coincidence, with their families celebrating at the graduation ceremonies yesterday and today. The four brothers were all invited to graduate at the 10:00 ceremony yesterday, when Vice-Chancellor Professor Mamokgethi Phakeng was robed by Chancellor Graça Machel.

Mario and Alessio accepted this invitation, and were capped by Machel. But as Alex will graduate in absentia, David will join his fellow MBChB candidates at the health sciences graduation this afternoon.

The two sets of brothers have enjoyed a close friendship not only inside the classroom but outside too, valuable support when times were tough in their academically demanding degrees.

What were the chances of this particular pairing?

“You’d need data [to work that out]”, quipped Alex.

Both then did the MPhil in Mathematical Finance from 2013 to July 2014, and both went on to pursue PhDs in Quantitative Finance from July 2014 to this year.

“When [Mario] puts his mind to something he makes it happen – and that’s something I aspire to emulate.”

Alex is now pursuing postdoctoral research in AIFMRM and Mario is keen on pursuing a professional career in the property and casualty insurance industry.

The medical doctor younger brothers began their studies in 2013 and finished this year, having been in the same classes and courses along the way. They are good friends too, though this had nothing to do with their older siblings. The friendships were entirely coincidental.

Alex commented: “In first year there was a good community in the actuarial class. You need to stick together and commiserate through the weeks of tests. So, the class was generally very friendly. I met Mario in first year. The whole class banded together; me and Mario, and other friends I have to this day.”

With interests as diverse as jiu-jitsu (Alex) and birdwatching (Mario), the two were also drawn into friendship by mutual respect.

“One thing about Mario is that he’s a remarkably diligent person,” said Alex.

“When he puts his mind to something he makes it happen – and that’s something I aspire to emulate.”

Mario added: “Alex has always been calm in approaching problems and quite methodical. He’s taught me about developing that kind of process and how to refine it. I tend to jump around!

“Alex has also had some input into my PhD. I’ve asked him a number of questions with regards to his own research and it’s been wonderful to experience that particular journey together.

“There were three of us PhDs from the original MPhil cohort and there was a kind of ‘brotherhood’ to a certain extent that did pull us through. The fact that Alex was doing straight models, Ralph Rudd was doing numerical methods and I was doing catastrophe bonds meant that it was nice to be able to swing my chair around and just ask one of them a question, or set up a time to discuss my work with them.

“I can see why at certain overseas universities PhD students form research groups ... so that they develop that support structure.”

“I can see why at certain overseas universities PhD students form research groups ... so that they develop that support structure, which creates a strong impetus through a PhD.”

The two medical students shared the same sense of banding together. The penny dropped that there was a familial connection one day when Mario told Alessio he had a friend with a brother in the same class.

What drew the younger brothers together?

“Medicine’s quite tough and you form a lifeboat strategy,” noted David.

“You try to surround yourself with people who make it easier to get by. That might be easy conversation or common interests. After a time, you develop a network.

“I find Alessio very interesting and I value his perspective.”

Alessio said they also share a love of food and wine. Having a friend who understands the intensity of medicine is invaluable, he added.

Are they enjoying working in public hospitals?

“I’ve absolutely enjoyed it, especially at UCT because you have massively talented academic input from staff who take an active interest in your development, and you’re working in the Western Cape health system, which is a remarkably functional system compared with the rest of the country; so that’s a cushion.

“And then you [are serving] this population, which has a critical need for healthcare. But you feel you are doing something meaningful, which is one of the reasons I stayed with it.”

Alessio added: “You see the real South Africa [at public hospitals], which I appreciate. And you feel you learn so much from seeing a greater burden of disease… Above this, you have the professors who are so willing to teach and being in the public hospital space exposes you to many social problems. The result is that you come out a more socially aware person.” 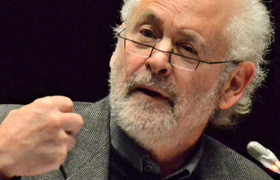