A beacon of hope for refugees

The reception area of the Refugee Rights Clinic, in the UCT Faculty of Law, hums with the lilt of languages from across Africa. People stream into the office, asking for help and advice. Often it’s about how to get asylum status or have permits extended, which are processes frequently mired in complications and delays.

By the time the refugees arrive at the clinic, they’re often exhausted from waiting in queues and trying to obtain the asylum status or documentation they need at the local Department of Home Affairs offices.

The first thing the clinic’s lawyers do is to listen with care and treat each person with dignity.

“One of the things that we focus on, that is extremely important, is seeing the human being before seeing the matter,” says Fatima Khan, principal attorney and the director of the clinic that has been a lifeline for thousands of refugees and asylum seekers over the past 20 years.

For refugees from countries as diverse as Somalia, Eritrea, Burundi, Ethiopia and the Democratic Republic of Congo, the Home Affairs office can be a daunting place.

“The asylum process at Home Affairs is complicated and would be difficult for anyone to navigate. Now just imagine how daunting it must be for a refugee who doesn’t speak the language and is often deeply traumatised after having fled persecution in their own country,” says Khan.

The legal team from the Refugee Rights Clinic guides refugees through the documentation they need, including making calls and writing letters to the Department of Home Affairs which could help them.

“We mostly get our clients documented with refugee status immediately and have prevented the deportation of genuine refugees in all of our judicial review cases.”

The clinic, which is supported by the United Nations High Commission for Refugees, The Atlantic Philanthropies and the Sigrid Rausing Trust, provides legal aid to over 5 000 people a year.

“As far as possible, we try and avoid resorting to litigation as a first port of call, and rather attempt to exhaust all internal remedies and alternative dispute resolution mechanisms. However, if need be, we will always be prepared to fight for our clients in court,” says Kahn.

The team is taking an increasing number of cases to the high court. So far it’s won every single one.

“It's an unfortunate reality that Home Affairs has reached a level of being so ineffective that we have to take on more judicial reviews. We’ve already had 24 this year,” says candidate attorney Anna Truter.

“We literally are the last port of call for people before [they are] deported to places of persecution or war. We have to review the decisions of the department. We mostly get our clients documented with refugee status immediately and have prevented the deportation of genuine refugees in all of our judicial review cases.”

Khan says they also defend refugees in court after they have been arrested for being undocumented or with expired permits and have been jailed in police cells, sometimes for up to three months.

Recently, the Refugee Rights Clinic won a landmark case for 1 200 applicants, compelling the Department of Home Affairs to allow refugees and asylum seekers to renew their permits in Cape Town. It followed an extremely stressful time for many refugees, who were forced to travel to Durban, Pretoria or Musina to get their permits renewed when the Cape Town Home Affairs office was closed for applications and renewals.

“People don’t understand what kind of barriers refugees face. Someone could get off a truck in Cape Town after having travelled across half of Africa, with just the clothes on her back and no money at all. Then she is expected to make her way up to Pretoria to apply for asylum,” says Truter.

Khan and her team of lawyers are driven by a quest for dignity and human rights for refugees, who are often discriminated against despite a solid legal framework in South Africa.

“We can’t fault our law. It’s excellent and very progressive. But we think the Department of Home Affairs lacks the infrastructure to implement this progressive law. They need to hire more people.”

Corruption and bribery are also rife.

“Corruption is one of the biggest things that hampers their work, so what they could do with a small group of workers, they are completely unable to do because there is so much corruption on a daily basis,” says Khan.

Bribes are frequently demanded right up the chain, from getting a better spot in the queue, to bribing the translator to the eventual issuing of permits.

Khan says attitudes towards foreigners have hardened in South Africa since the wave of xenophobia in 2008, coupled with the growing number of refugees coming to South Africa.

People are also not aware of the rights of refugees, who are entitled to healthcare and schooling for their children. Attorney Megan Lee says this is where the team’s lawyers also step in to help.

“Employers are often wary of employing someone who only has a temporary asylum permit, which has to be renewed every three to six months. This is despite the fact that asylum seekers have the right to work in South Africa.

“Refugees and asylum seekers also often face challenges with opening a bank account and getting their children admitted into schools.”

Lee says the clinic’s lawyers are often able to resolve problems by speaking to and corresponding with principals and officials at hospitals and public health clinics.

The clinic has expanded its advocacy work by raising awareness about refugee rights among the judiciary and government officials, among others. The clinic also runs three-day training courses for the refugee community, as well as South Africans and non-governmental organisations, which focus on the rights of refugees and asylum seekers.

It’s had a very positive effect.

Somalian Zam-Zam Hirsi, who has completed the course, can attest to this. She says the course has not only helped her to assist her own family, but the broader community as well. She has spread her knowledge in various ways, from assisting women to get access to clinics to explaining refugee rights to school principals.

“UCT’s Refugee Rights Clinic has empowered me. It has changed my life. I’ve been able to get access to education for my children and I know my rights. Now that I have been helped, I want to help others,” she says.

Khan commends women like Hirsi, who have helped tremendously in the community. She is also grateful to her tight-knit team of lawyers.

“I think we have been very fortunate here in that every single person, past and present, who has worked in the clinic has been exceptionally dedicated. They are true human rights lawyers.” 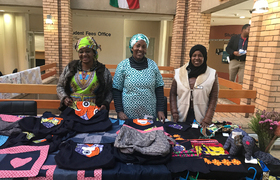 News
Every minute, 20 people leave everything behind 29 Jun 2018 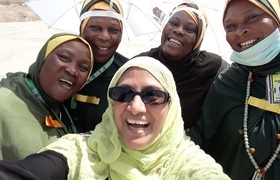 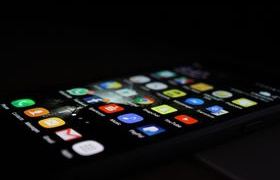 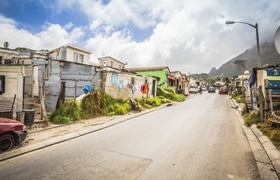