Master’s student Boipelo Madonsela, who is based at the University of Cape Town’s innovative Future Water Institute, has won an award for the Most Promising Research for her work on ways of integrating water-sensitive design into the City of Cape Town’s urban environment.

The recent water crisis in Cape Town, which catapulted the water issue into the public arena, has dovetailed with Madonsela’s research, which was recognised in the student awards at the recent Water Institute of Southern Africa conference (WISA 2018) in Cape Town.

Her research focuses on the need for integrating urban design with environmental, social and engineering disciplines in managing the urban water cycle.

“The objective is to interrogate city governance structures related to water scarcity, flood risk and wastewater treatment in order to develop a better understanding of the current sustainability issues with respect to water management in the City of Cape Town,” Madonsela said.

Her research also aims to highlight both the opportunities and barriers in the municipality’s transition to being water sensitive. It was a natural transition flowing from her honours thesis in sustainable urban drainage systems.

Madonsela is also passionate about spreading the message of blending sustainability into every aspect of life.

“We need to have an environmental strategy in the city where the policies that are written and the work people do in different fields [are] informed by sustainability practices. It needs to be integrated,” she said.

“We need to have an environmental strategy in the city where the policies that are written and the work people do in different fields [are] informed by sustainability practices.”

Madonsela hopes the recent rains will not slow the pace of working together and building resilience into policy and planning in the water space.

While recognising that the City of Cape Town has made some significant strides in becoming more sustainable, she says long-term planning is essential in building a resilient city. This became very clear during the water crisis.

“A lot of research, especially around water and the sustainability of water, has been on the technical aspects … on new solutions and innovations. My interest is in the transitions. You can have all these technologies, but you need to find a way to integrate them in the urban environment.”

For Madonsela, working on environmental issues has always been a natural fit. She grew up in Springs on the East Rand and geography was her favourite subject at school.

“What I love most about geography is that it is such a vast field. It allows you to work with people and also work on physical geography. I fell in love with it. It’s a great combination.”

Both her parents began their careers as teachers and still work in the education arena, but it was Madonsela who emerged as the environmental activist in the family.

“I’m also the one who makes sure they recycle,” she laughed.

While her siblings took different directions and chose degrees more in line with business and commerce, Madonsela moved to UCT to pursue an undergraduate degree majoring in environmental and geographical science and in oceanography.

She is now based at the Future Water Institute at UCT, a transdisciplinary research institute that is addressing issues of water scarcity in South Africa, largely through water-sensitive design. It draws students from a cross section of faculties and departments.

“What Boipelo is doing is very exciting … looking at what the governance processes are at a city level to try and implement these new and sustainable ways of managing water. It’s also extremely relevant now with the recent water crisis.

“Nothing happens overnight. Things need to change in incremental ways. But we are beginning to show where those leverage points are,” Carden said.

More needs to be done

Madonsela says there are some great examples of water-sensitive design in Cape Town. The city is taking steps to conserve water, as well as bringing people together in public spaces.

She would, however, like to see more adaptive services in informal areas, such as sustainable toilets which use less water, and better water drainage systems in areas that are vulnerable to flooding.

Madonsela would also like people to be more aware of their role in society when it comes to the environment.

“I think we can all be better citizens – to report things like leaking taps and pipes and to pick up litter, instead of being complacent and thinking, ‘Oh well, that’s not my problem.ʼ ”

“I think we can all be better citizens … instead of being complacent and thinking, ‘Oh, that’s not my problem.’ ”

Spreading the word through posters, talks and work by non-governmental organisations could go a long way to building awareness.

“What’s really important is ensuring that everyone has the same vision towards sustainability and that people are educated on the ground. We can do all this work on a research level, but it must filter through to the people,” she said.

“We need to ingrain it in people at a young age so that looking after the environment becomes a natural thing.”

While conserving water continues to be a major challenge, Madonsela sees waste as the next big threat.

“I think we are facing a huge looming waste crisis, yet not many people are aware of it. They don’t realise how much waste is building up. It’s only when it becomes something like the water crisis that people will start panicking a bit.”

Madonsela believes steps need to be taken to cut down on waste across the value chain.

“It’s across the board, from manufacturing and the materials we use to the end user – things like buying a bottle of water, drinking it and then chucking the bottle away. We shouldn’t be doing that anymore.”

Madonsela is thrilled with the award from WISA 2018. It has given her the assurance that she is on the right track and has helped to crystallise her ideas on a future career.

“I’d like to work in anything to do with the environment and sustainability. This field in general allows you to make a difference, if only a small one. It’s a difficult field to be in, because you realise just how big the world’s problems are and how difficult it is to turn the world around,” she said.

While sustainability may be the current buzzword, Madonsela hopes it doesn’t lose its essence.

And while the challenges of climate change and population growth are hurtling towards us, Madonsela, for one, is committed to making sure the world is a better place, one small step at a time. 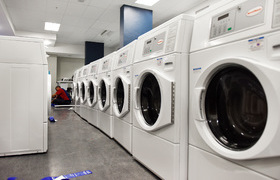 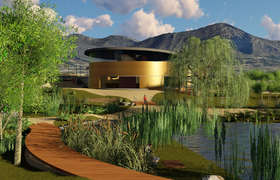 Research and innovation
From waste to water: how biorefineries combine water treatment with value recovery 20 Mar 2018