A guide penned by Adjunct Professor Stephen Berrisford, of the African Centre for Cities (ACC), together with the late Patrick McAuslan, has received an international accolade in the form of the Dubai International Award for Best Practices.

Jointly presented by UN-Habitat and Dubai Municipality, the award recognises outstanding initiatives that are making a valuable contribution to sustainable urban development in line with the priority areas set out in the UN-Habitat’s New Urban Agenda of October 2016.

A total of 524 entries from 89 countries were received for the award in 2017 and 10 winners in five categories were awarded.

The guide, a project initiated by the ACC in 2009, sought to address an iniquitous problem facing African cities: that the laws used to manage, plan and govern these cities are out of date and ineffective, yet very difficult to replace or improve upon.

With the support of the Rockefeller Foundation, the ACC has worked closely with the Association of African Planning Schools to develop case materials on urban planning law reform as well as a model curriculum for teaching planning law in African universities. This work was taken further with Reforming Urban Laws in Africa: a practical guide.

The publication provides practical advice to officials and consultants working on urban legal reform, and outlines how law reform processes should be managed to produce effective results.

It draws on the co-authors’ many years of practical experience in urban legal reform in the region.

“The guide responds to the widespread despair that urban legislation is not working in African cities and that the efforts of governments, donors and civil society to address this problem generally fail,” says Berrisford.

“This results in a common lament – especially from lawyers – that ‘We have great laws and policies, but no implementation.’ ”

The guide takes this up as a challenge. It posits: if there is ineffective implementation of these laws, perhaps we should look to the laws themselves. They may not take into account the context within which they need to be implemented, and might not consider the people who are supposed to comply with them.

There are no silver bullets or cleverly constructed legal instruments that will solve the governance and planning problems of African cities, Berrisford argues.

“If we can’t run our cities in ways that are efficient, include people in decision-making, treat people fairly and drive economic growth, then our economies cannot grow.”

However, if more attention is paid to the law-making process – to the questions that are asked, the people consulted and the options considered – the chances of more effective legislation will increase strongly.

But this guide needs to be placed in the right hands in order for its recommendations to have impact. To that end, free printed and digital copies in both English and Portuguese, are being distributed.

A series of short video lectures by Berrisford, in which he discusses each of the major issues tackled in the guide, has also been launched.

Turning the tide in African cities

“Urban legal reform is an essential, but unglamorous, part of turning around the way that African cities are governed and planned. If we can’t run our cities in ways that are efficient, include people in decision-making, treat people fairly and drive economic growth, then our economies cannot grow,” says Berrisford.

“Urban legal reform on its own will never be sufficient to turn around the development path of African cites, but without it very few other improvements will be effective.

“I hope that this recognition will encourage the use of the guide by people responsible for urban legal reforms in many African countries, and that it will help to build a community of practice around urban legal reform in the region that can then grow from strength to strength,” he says. 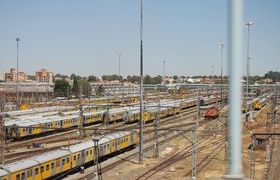 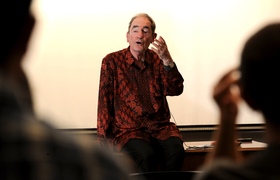 News
What the Constitution says about land restitution 31 Mar 2017 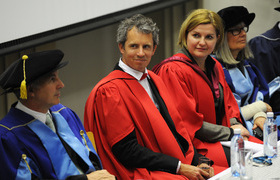