Do pain and threat go hand in hand?

Pain often serves an important function. It can warn us when something is wrong. It cautions us to be careful, to prevent further tissue damage from occurring. Often, we need pain.

But could pain be influenced by our experiences and associations, rather than signalling actual tissue damage?

Much like the classical conditioning of Pavlov’s dogs, this idea of pain stemming from associative learning is widely accepted by healthcare clinicians. In fact, this disconnect between pain and tissue damage underpins some of the treatment models they employ.

So explains postdoctoral researcher Dr Victoria Madden, whose research focuses on the underlying processes occurring within the brain and body that lead to such experiences of pain.

Madden won first place in the audio category of the 2016/2017 NRF Young Science Communicators competition. Her clip explains how our brains may link experiences together to allow for the associative learning that could cause pain to persist.

Madden’s work rests in the intersection between neuroscience, psychology and physiology. She looks at mechanistic questions, focusing on how certain experiences of pain are created.

“We know that classical conditioning can influence a pain experience. So if you already have pain, the associations that you previously formed with that pain can then modulate that painful experience. It can make it more painful,” she explains.

“For example, imagine that you have chronic foot pain after you originally injured your foot when you were at work in a very stressful context.

“Now, each time you are in the same context, you might find that your foot pain gets worse because of the contextual factors that cue your brain about the threatening context. Those cues can contribute to your pain, making it worse.”

"If I feel under threat, is my whole system more primed to give me pain?”

Madden is now applying this classical conditioning framework to a research question that is likely to resonate with fellow South Africans.

Could living in a threatening environment contribute to a person’s experience of chronic pain?

“The idea that pain is modulated by threat is also well established,” explains Madden. But this usually refers to threat against tissue. In other words, pain is the body’s way of warning against further tissue damage.

“I’m interested in contextual threat. If, as a person, I feel under threat, is my whole system more primed to give me pain?”

Can pain be classically conditioned?

Trained as a physiotherapist, Madden first glimpsed the disconnect between experiences of chronic pain and actual tissue damage while completing her community service.

Patients were presenting with pain in ways that did not match with Madden’s traditional physiotherapy training. Pain was not necessarily coinciding with, say, damage to joints or problems with body tissue.

Madden later learned that these observations were aligned with current research which indicates that pain and tissue damage are not always closely linked.

"It's particularly relevant in South Africa because my impression is the sense of threat is really pervasive here."

Phantom limb pain is an excellent example of this phenomenon. How is it possible for someone to feel pain in tissue that is no longer present?

“There is no signalling from the tissue. The tissue doesn’t exist anymore. But they still have pain in tissue that’s not there. And even if you completely anaesthetise the arm and all the incoming nerves from that area, even the nerves from the stump, half of people with phantom limb pain continue to have pain.

“So that’s pretty compelling evidence that pain can occur without tissue damage. It’s the ‘how’ that we don’t completely understand.”

Understanding the ‘how’ has come to fascinate Madden. She dedicated her PhD research to this question by tunnelling into a specific mechanistic process. In so doing, she aimed to determine whether it is possible to elicit pain using a classical conditioning framework within a laboratory setting.

The question of contextual threat in relation to chronic pain is relevant worldwide, explains Madden. One often hears stories of people developing persistent pain in diverse and often adverse contexts.

“Asking it here makes things slightly more difficult because there are a lot of people who are traumatised, to a greater or lesser extent, which means that we have to be more careful with research participants.

“But it's also better because the experimental manipulations we design are what we would call ‘ecologically valid’; they are effective at imitating the real-life situation of feeling threatened.”

Importantly, persistent pain is often no longer linked to damaged tissue. Instead of trying to treat tissue that has already healed, Madden is probing the other processes that could lead to that pain being generated.

The alternative is treating persistent pain with analgesic medication, in increasing doses throughout the patient's lifetime.

“Because if your system thinks that you need pain, and you are counteracting that pain, it's going to increase the strength with which it tries to generate pain.

“So if we can treat whatever's telling the system that pain is needed… if we can address that issue that's causing the increase in volume of pain, then we're far more likely to get effective control over that pain.”

Could we prevent persistent pain from occurring?

With an understanding of the processes that lead to chronic pain, clinicians may be able to identify those who, after tissue damage, are at risk of developing chronic pain, and adjust their treatment models appropriately.

“So if someone comes in with acute tissue damage and we have some idea of the processes that should normally guide their system in the direction of tissue healing and no pain … Then perhaps we can intervene at that level and prevent them from developing chronic pain.” 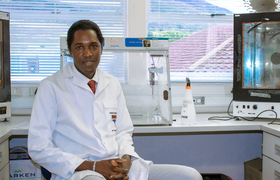 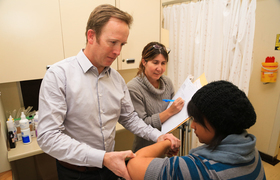 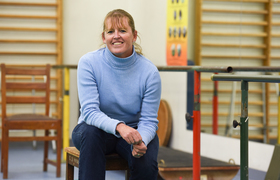 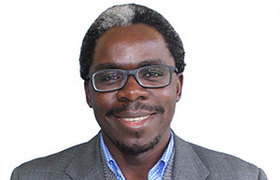