Why do brains seize?

Dr Joseph Raimondo has always been fascinated with the brain, and from a young age he has endeavoured to understand how it works.

As one of five UCT researchers to receive a 2017 Claude Leon Merit Award – which recognises exceptional work by early career academics in the natural sciences, medical sciences and engineering – his endeavour has now been given a helping hand.

“I started my academic career studying medicine at UCT. This allowed me to understand first-hand many of the health challenges faced by my fellow South Africans. I also got to learn quite a bit about the body, including the brain.”

Soon, Raimondo came to realise that the path of a doctor wasn’t for him, and began to broaden his academic horizons by studying mathematics, physics and philosophy.

He was awarded a Rhodes Scholarship to pursue an MSc in neuroscience at Oxford University. Here he discovered a love for basic neuroscience research that carried him through a doctorate at Oxford, and on to a stint in Switzerland as a postdoctoral researcher.

“The brain depends on the coordinated activity of multiple computational units – brain cells – for its operation,” Raimondo explains. Cellular neuroscience is focused on how these single cells contribute to brain function and dysfunction.

When Raimondo returned to UCT in 2013, cellular neuroscience was unfortunately not yet established as an area of expertise.

“So, over the past five years, first as a postdoc and then as a research fellow, I’ve established the necessary local technology to study the function of individual brain cells. In 2017 I was appointed to a senior lecturer position in cell biology, which is quite frankly fabulous!”

Raimondo’s research is focused on understanding why brains seize.

“My lab’s research attempts to answer this question by examining the cellular and circuit level interactions between brain cells, which result in the development of epileptic seizures,” he says.

“We focus on how changes to inhibitory synaptic transmission and neuroinflammatory responses relate to the emergence and termination of epileptic seizures.”

The Claude Leon Merit Award recognises their research into understanding why certain seizures don’t stop by themselves. This condition, termed status epilepticus, constitutes a serious medical emergency with a high mortality rate, Raimondo explains. Funding from the award has been used to extend this line of research.

The recognition that the award brings is vitally important to early career academics, but the award is especially beneficial because of the additional funding it provides, he says.

“Biomedical research is expensive and the funding climate in South Africa is difficult.”

Getting to know Joe

If there is one thing Raimondo wishes people knew about his field of research, it would be, “How difficult it is to do experiments that tell us anything useful about the world.”

For him, being a successful academic is about developing and nurturing relationships.

“This certainly resonates with me personally,” he says.

But when he is not teaching and training students (a task he describes as incredibly rewarding but sometimes anxiety inducing), Raimondo enjoys tinkering in the lab, building new lab equipment or trying to get experiments to work.

“Most of the time I fail miserably, so enjoying the process is rather important,” he says.

When he is off duty, Raimondo can be found entertaining his two young children at the playground (strong coffee in hand).

“Once time allows I’d love to get back into soccer – I’m a keen, but very unfit soccer player.” 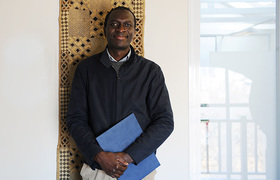 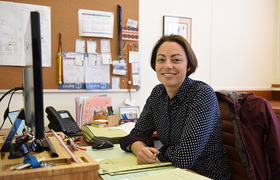 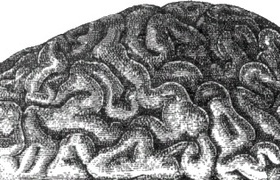 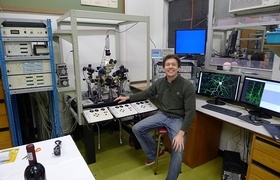