Play up your talents, understand your weaknesses and package yourselves competitively, guest speaker and alumnus Emeritus Professor Leon Fine told candidates at the morning graduation ceremony (Faculty of Commerce) on 20 December in Memorial Hall.

The graduation season started on a festive note with UCT a cappella group AnecNote – winners of SA’s Got Talent 2017 – performing a swinging medley for a celebratory and appreciative audience. Fine was guest speaker at the event, the first of three ceremonies in UCT’s abridged year-end graduation season.

Approximately 1 420 qualifiers – including 112 PhDs and 368 master’s candidates – received their degrees at the 09:00, 14:00 (Faculty of Health Sciences) and 18:00 (faculties of Law, Humanities, Engineering & the Built Environment and Science) ceremonies.

Fine, a “Golden Grad”, joined other alumni in gold sashes on the platform, all celebrating the 50th anniversary of their own graduations, which took place in 1967.

His research has been in the area of chronic kidney disease and over the years has made important contributions to understanding the underlying mechanisms and progression of disease and how to modify these. Fine has also been intimately involved in student teaching and mentoring and in teaching programme design at all his academic homes and has been engaged in career networking and the success of many students and young research scientists.

It was this that he drew on for his address to the morning’s graduands.

“I am going to talk about a four-letter word: jobs,” Fine told an expectant audience.

Recommending Thomas L Friedman’s New York Times bestseller Thank You for Being Late: An Optimist’s Guide to Thriving in the Age of Accelerations, he highlighted the technological acceleration in society today.

“And believe me, we are living in a revolutionary age ... if we don’t understand how to deal with the way this is progressing, we are going to start falling behind more and more. And this is where the issue of jobs comes in.”

Unlike the Golden Grads of yesteryear, today’s young people have CVs listing many jobs of one to two years’ duration.

“These were not failures; they were experiences in which they failed to achieve an objective. Each one of those was a learning experience. And that’s the world we live in today.”

Fine said that thinking and analytical skills and a tolerance for new ideas were the “transferable talents” of those seeking jobs in the “new world”.

“These are people who do not look for jobs with a descriptor on them: they invent jobs. They analyse their strengths and they analyse their weaknesses … and what they need to perfect to become competitive.”

“These are people who do not look for jobs with a descriptor on them: they invent jobs.”

He said that there was a general sense that jobs were disappearing because of technological advancement, often underpinned by Big Data. Fine pointed out that Friedman believes that jobs are increasing. As large entities close, smaller branches or offshoots are created, which offer new possibilities.

“So, in going into the next phase of your important lives, it’s very important to understand that you have transferable talents that you overlay on top of whatever subject matter you have learnt as a university student and that you must play up your talents, understand your weaknesses and create a package you believe is competitive.”

Also, there is no right or wrong decision when choosing a job.

“There is just a decision …. Once you have decided, make it work. Forget about the other options and make sure you stick with that.

He said that graduands could also consider specialising in something relevant to their talents, which challenged their imagination and which they could take wherever they travelled in the world.

Concluding, he said, “This [UCT] is a remarkable place. I crossed three continents to get here today and it’s been a great pleasure. Good luck to you all.”

Fine’s sentiments were echoed by Dr Judy Dlamini, guest speaker at yesterday afternoon’s ceremony (Faculty of Health Sciences). Dlamini urged graduates to find their purpose in life and live it – and enable others to live their purpose.

Dlamini is a medical doctor and an accomplished businesswoman with an MBA and PhD in business leadership. She is the founder and executive chairman of the Mbekani Group and former chairperson of Aspen Pharmacare, a JSE-listed South African pharmaceutical manufacturer with more than 60 established business operations in over 50 countries.

Dlamini said that her definition of success 32 years ago, when she graduated as a doctor, was to attain financial independence.

“I now define success as finding one’s purpose and living it. This starts with understanding who you are: your strengths and weaknesses, and investing in yourself through hard and soft skills, body, mind and soul. It doesn’t come overnight. It involves many challenges and roadblocks.”

“I now define success as finding one’s purpose and living it.”

Dlamini also called attention to the country’s persisting inequalities and the privilege of attending UCT, what she called the South African equivalent of an Ivy League university.

“We owe it to ourselves and those who come after us to use that privilege to make a difference in the lives of those less advantaged than ourselves.

“The inequality in our country is not sustainable. All South Africans, even the poor … have contributed to your success through their contributions to the fiscus. Each one of us has a responsibility to give back so that their future is better.”

She said that there are many ways of giving back: serving the underprivileged, sharing knowledge, or making a financial contribution to one child’s education.

“I stress education because it has the highest impact for communities. It is a game-changer.”

Dlamini encouraged those who planned to work abroad to recognise the ties that bound them to South Africa.

“Dr Chris Barnard, who studied at the University of Minnesota in the US, came back to South Africa to share what he had learnt. He is a good example of giving back to the country that made him. Fifty years ago, he changed how we were perceived by the world in general but especially in the field of medicine, the groundbreaking heart transplant …

“As medical professionals, we are called to service … serving humankind through selfless contributions wherever we are and with whatever we have. If we live to serve others, our country will be the envy of many. It starts with each one of us.” 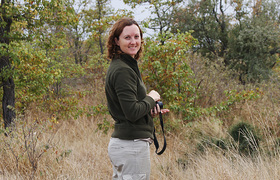 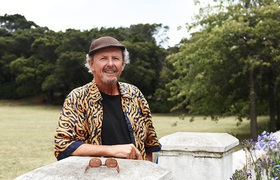