James van Duuren’s involvement with the Students’ Health and Welfare Centres Organisation (SHAWCO) dates back to his first week at medical school when he enrolled as a volunteer. Now in his fifth year, he has recently been appointed as president of SHAWCO Health for 2018.

In the interim period, Van Duuren has played a key role in the organisation, being responsible for running over 100 primary healthcare clinics, which serve thousands of patients every year. He has also served as the head of SHAWCO’s Simthandile Clinic in Khayelitsha, the head of SHAWCO Paediatrics and as vice-president of SHAWCO Health in 2017.

In addition to this, Van Duuren has occupied other leadership roles within the university, including subcommittee and committee positions for the UCT Surgical Society and the UCT Cardiac Society. Together with a peer, he is co-head of the Childsafe Student Initiative, working in conjunction with the Red Cross Children’s Hospital trauma unit to pioneer family interventions that reduce the incidence of childhood accidental injury.

“I want to explore the potential for SHAWCO to support the development of similar student-led outreach organisations at other facilities of higher education.”

In 2017 he was one of 18 South African student leaders selected to participate in the South Africa–Washington International Program (SAWIP), a seven-month leadership development and engagement programme that aims to develop a community of servant leaders dedicated to achieving social and economic justice within a sustainable democracy.

A clear vision for the organisation

Van Duuren aspires to become a leader in global healthcare and articulates a clear vision for SHAWCO Health under his leadership.

“I want to explore the potential for SHAWCO to support the development of similar student-led outreach organisations at other facilities of higher education across [the] country and establish better dialogue between various national stakeholders for this end.

“I’d like to see SHAWCO expand its range of service provision and further integrate its position within the greater healthcare and health education systems while maintaining a higher patient load and quality of holistic treatment to the individual,” he says.

He continues: “I believe the upskilling of SHAWCO students to be an essential part of our mandate as leadership. I’d also like to see SHAWCO Health engage more with the health sciences faculty to see where there is capacity for integration into aspects of the course.

“This will serve to both improve volunteer numbers particularly amongst clinical students – which are, in most regards, the backbone of any clinic – as we seek to carry the ‘sea of blue’ concept further.

While SHAWCO volunteers are the driving force behind the organisation and its work, the SHAWCO Health steering committee plays a vital role in organising and coordinating existing programmes, and contributing new ideas and energy to improve services and increase SHAWCO’s impact on the communities it serves.

Looking forward, Van Duuren says, “I think there are many ways in which we can and will innovate the image and concept of SHAWCO Health over the next year and I am excited to spearhead that change.” 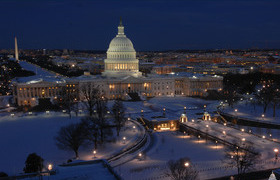 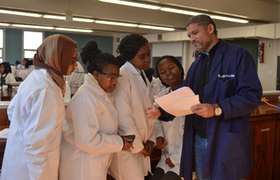 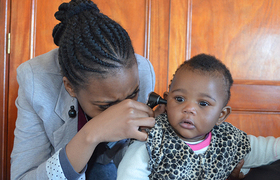 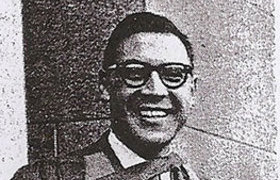