‘What is gender-based violence to you?’

Various areas on UCT’s main campus were transformed into exhibition spaces on Wednesday, 4 October. The temporary public artworks were produced by a group of first-year students as part of the annual Michaelis School of Fine Art and HIV/AIDS, Inclusivity and Change Unit (HAICU) collaborative public arts project.

Every year the first-year fine art students are challenged to develop innovative artistic responses that engage the UCT community. The topic this year was the intersection of art, public space and gender-based violence.

The goal was to imagine ways to draw the viewer into a conversation with an artwork that tackles an issue that is often placed on the periphery of our daily concerns until it has a direct impact on our lives.

The projects proposed during the developmental phase highlighted the role of the viewer as a co-author of the aesthetic experience. To facilitate this process of viewer engagement, students elected to create work with two specific artistic strategies.

The first was focused on developing artworks to create an aesthetic disruption of the everyday environment. The second strategy was leveraging the power of conversations to shift an individual’s thinking about this complex social justice issue.

These materials acted as armatures that ideas were built around, both in the initial group discussions about social justice issues as well as in the final presentations.

There was a wide range of artistic responses from the class as the students grappled with their specific medium.

Post-it notes were placed on Jammie Shuttle stops with the question: “What is gender-based violence to you?”. The UCT sexual assault policy was merged with items of clothing crafted from wax paper. Hundreds of origami chatterboxes were created by one group and they approached staff and students with an invitation to participate in the project by choosing a number and a colour.

A spiral of paper-plate fragments was installed in the campus cafeteria to evoke the healing process. Polystyrene cups were decorated with comments about gender-based violence in blue pen and installed in Molly Blackburn Hall to spell out the words “We Are Here”.

Duct tape was used to create a portrait of cultural activist Zanele Muholi as a mobile monument that was installed at various sites on campus. Bubble wrap was used to create a series of ethereal dresses that gently swayed in the wind in the passage between upper and middle campus.

The last group created a map of South Africa on the Jammie plaza and for an hour each day they placed a rock on the map every four minutes to signify an occurrence of gender-based violence.

The artworks that required participants to reflect on their individual understanding of gender-based violence and make a personal contribution to the project had great emotional resonance.

Some viewers expressed their frustration and anger at the frequency of incidents of gender-based violence. Other individuals pledged their support or made strong cases for how we should come together as a society and work towards changing attitudes around the issue.

The contributions that were the most moving were those messages that presented a deeper understanding of the issue – statements that moved beyond an emotive or intellectual response and gave a subtle indication that the participant or someone close to them was a survivor of gender-based violence.

These messages were contributed quietly; remembered on a Post-it note, drawn on a polystyrene cup or written on the side of a rock without much spectacle or performance.

Those quiet confessions act as an inspiration to the students to continue creating these temporary public artworks. The success of the project lies in creating a public forum for engagement through the strategies mentioned above, a forum where we look beyond our individual histories and start to talk through these issues in public spaces.

Given the high degree of invisibility and problematic assumptions that surround this issue, it’s imperative that the UCT community is challenged to develop new platforms for civic engagement with this topic.

This project is one of many possible avenues for exploration and attempts to question the impact that art can have on everyday life. The success of the project lies in taking the lesson beyond the classroom, into public areas and creating spaces for much-needed, open-ended dialogue to take place in the current socio-political climate. 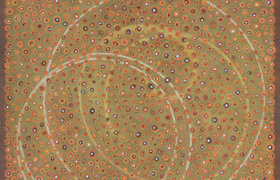