An eye-watering odour wafts through UCT’s Sports Hall 2. The pungent gas doesn’t seem to bother the dozens of schoolchildren who are gathered in the sports centre. In fact, more and more are crowding around the source.

It was perhaps not so much teenage tomfoolery as it was scientific curiosity that drew the moths to the cloud of ammonia. While this writer didn’t stick around long enough to figure out what exactly the chap in the white coat was demonstrating, a fair number of the youngsters did. They were the guests of honour at this year’s Cape Town Expo for Young Scientists, after all.

Enquiring minds from schools across the Cape Peninsula presented some ingenious ideas on 10 and 11 August 2017. The students, from grades 6 to 12, had put their thinking caps on in order to come up with creative scientific projects that both sated curiosity and answered some of our most pressing questions.

From new ways of growing hydroponic plants, endless suggestions on how to reuse grey water and some fascinating takes on how to harness energy without ruining the environment, it was clear that these learners were keenly aware of the need to survive our dwindling water supply and perennial energy crises.

One project, from a learner barely breaking into her teenage years, experimented with ways to cheaply desalinate seawater using concentrated evaporation techniques. An impressed judge remarked that while the testing method could have been more thorough (tasting the water can only reveal so much) the idea deserved applause for finding a clever and cheap way to shield ourselves from the looming water crisis. 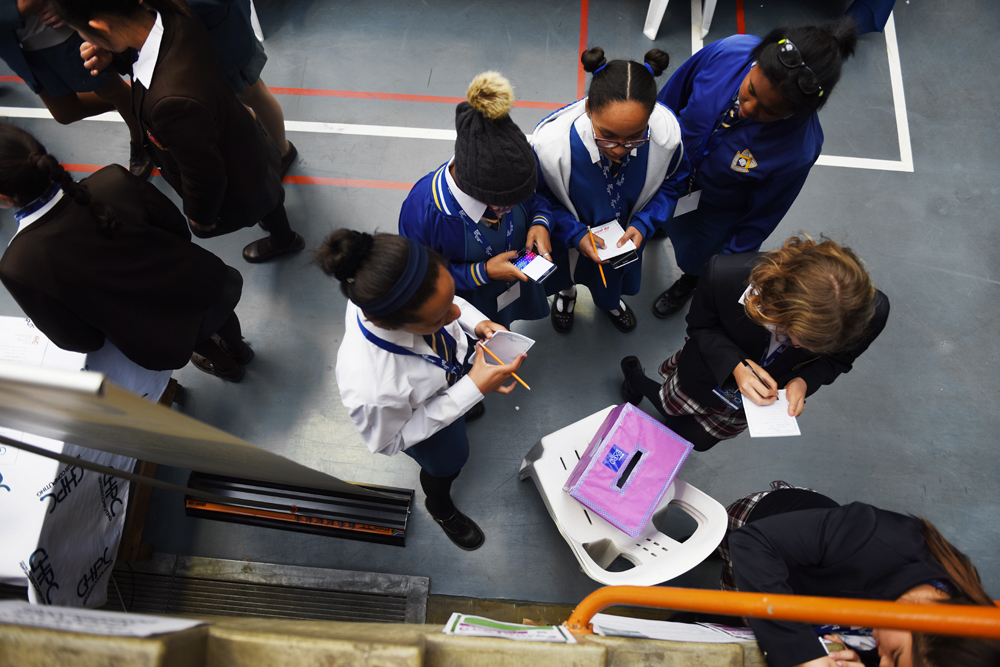 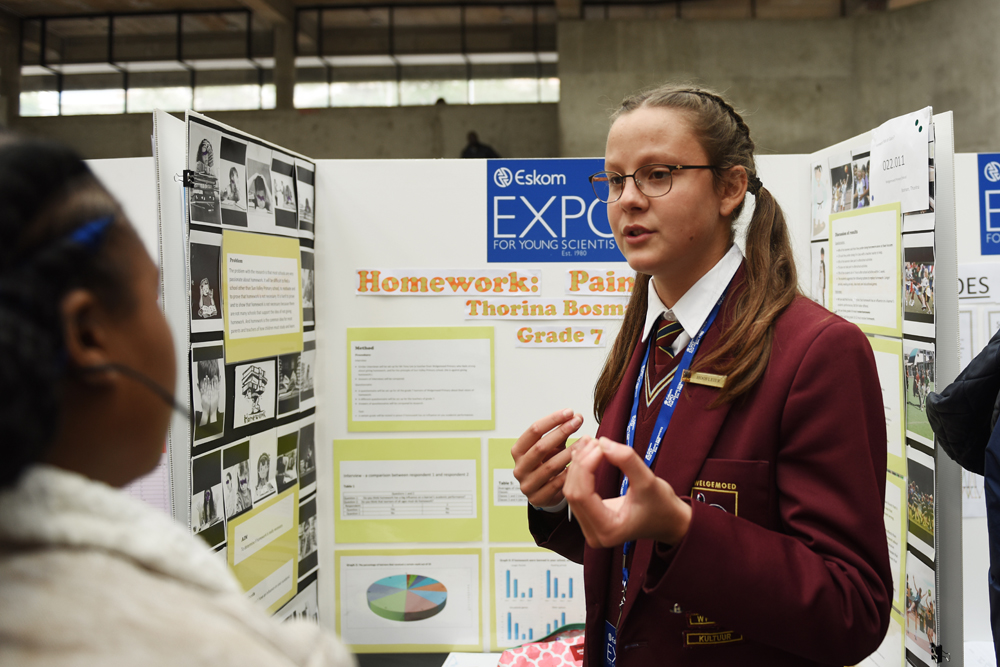 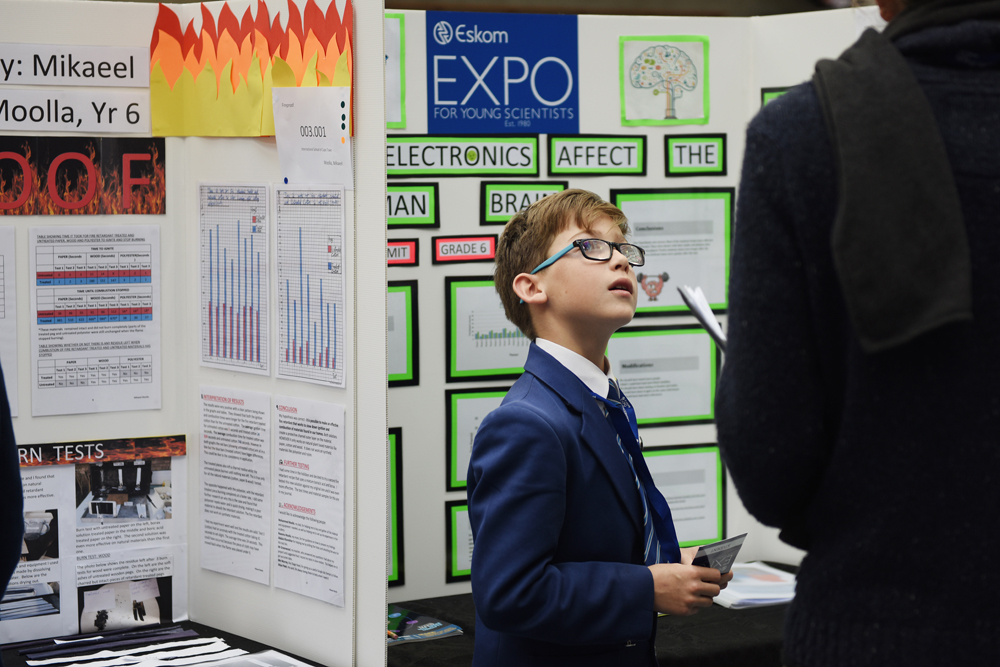 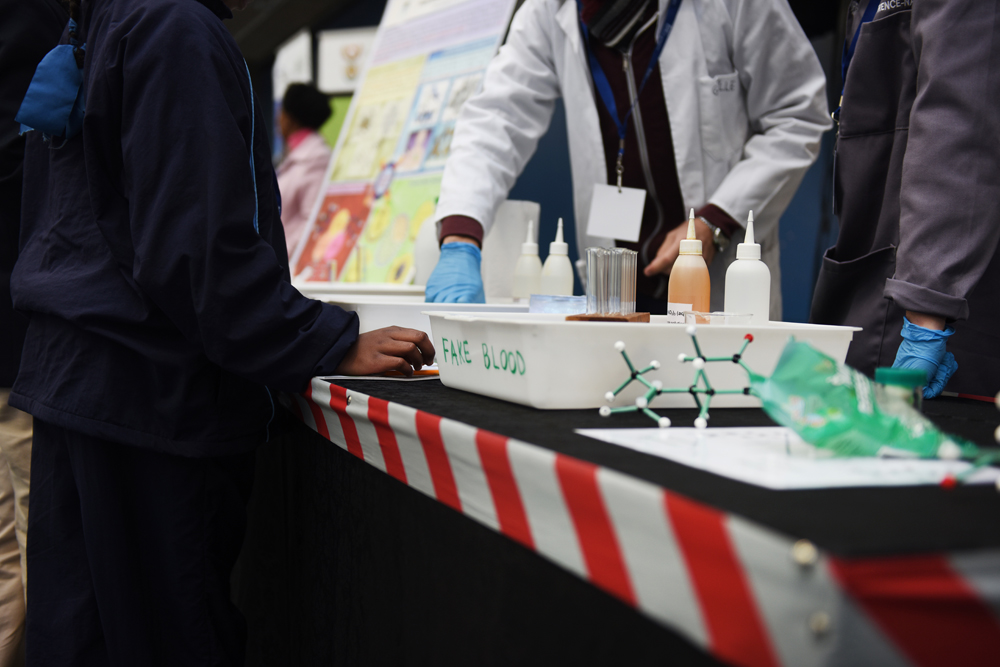 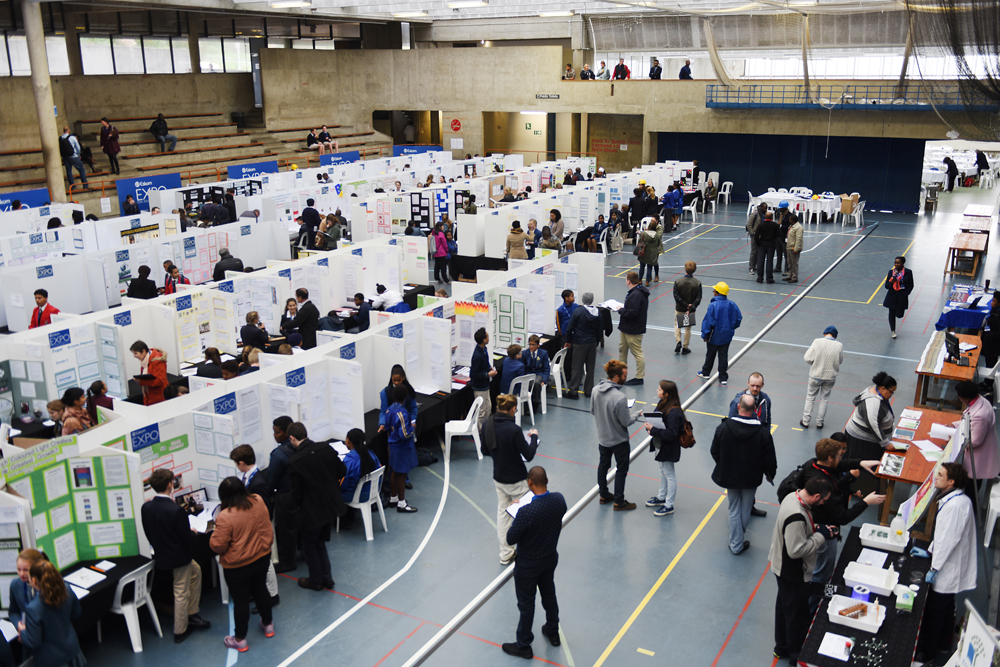 How does eye colour affect vision?

Would sight, sound or touch elicit the quickest reaction time? How do you make shacks in townships more resistant to fire? And what does our taste in music say about the way we think?

There seemed to be no end to the intriguing questions being asked, explored and answered.

One ambitious project attempted to quell water loss at the source. The hypothesis: throwing white polystyrene foam balls over water in dams will reduce evaporation.

They also discovered that protecting water from sunlight prevents the formation of bromate, a strongly oxidising acid that causes cancer in living cells and that forms when chlorine, bromide and sunlight mix.

One, er, colourful project investigated the effect of height on blood spatter patterns. In short, the higher the blood fell from, the bigger the splatter would be, possibly because of the blood hitting the ground with more force. We didn’t ask who they experimented on.

While the expo had a competitive edge – there were prizes and judges – the real winner was the spirit of exploration and the millions of people who could benefit in the future from the tireless investigations by these young minds. 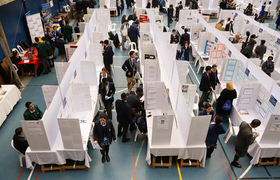 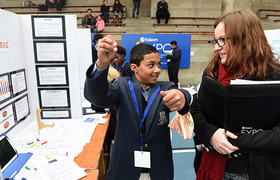