Opportunity on the high seas

When second-year oceanography student Eesaa Harris first heard about the SEAmester programme, it sounded like the perfect mix of theory and practice: a floating classroom that combines the latest technology with on-board lectures, the opportunity to meet fellow students from around the country and the chance for an oceanic adventure.

Not long after, the founder of the programme and head of UCT’s Department of Oceanography, Associate Professor Isabelle Ansorge, broke the news that there was only space for postgraduate students on this year’s programme. Harris was disappointed but not surprised.

Then, just weeks before the SA Agulhas II was to set sail, he received an email.

“Prof Ansorge let me know that another student had dropped out and she asked if I wanted to go,” he said. “I jumped at the chance!”

Less than a month later Harris was standing on the deck of the oceanographic research vessel, along with 42 other students from 14 universities and institutes of technology around the country, as it sailed out of Cape Town’s harbour. Next stop: the South Atlantic Ocean.

SEAmester is South Africa’s first floating university classroom. It offers students from a range of backgrounds and disciplines the chance to spend 12 days at sea learning about different aspects of marine science, from atmospheric dynamics to ocean currents and how the oceans respond to a changing climate.

They learn not only through lectures but also through hands-on experience with the cutting-edge instrumentation found aboard the research vessel.

The aim of the programme is to empower students, most of whom have never been to sea, with some practical knowledge of the field they are entering. The entire voyage, including the students’ participation, is funded by the Department of Science and Technology.

“This year we had over 270 applicants, so for every student aboard we had to leave five behind.”

While SEAmester offers intensive classroom learning, said Ansorge, it also opens up access to this research vessel to previously disadvantaged universities without a traditional connection to the Southern Ocean.

“This year we had over 270 applicants, so for every student aboard we had to leave five behind. I think all the students can therefore be very proud of their participation aboard such a world-class research vessel.”

Beyond the educational aims of the programme, there was also a purely scientific element to the 2017 voyage. This year marks the two-year anniversary of the deployment of a collection of instruments known as the South Atlantic MOC [meridional overturning circulation] Basin-wide Array (SAMBA), which measure the speed and direction of ocean flow across the South Atlantic.

The project monitors changes in ocean heat and salt transport between South Africa and Brazil. This year the instruments were due for some maintenance and refurbishing.

It was this element of the voyage that Harris found most interesting. The students played an active role in both the recovery and the redeployment of the SAMBA instruments.

“One device we had a hand in deploying was a CTD (an instrument that measures conductivity, temperature and depth), which is lowered to a depth of up to five kilometres below the surface (a process which takes five hours) and which also brings samples of water from different depths to the surface for study by the resident chemists and microbiologists,” he explained.

He also witnessed the phenomenon of downwelling, which causes eddies to form in deep ocean currents.

“These are metre-scale features that break off a current and enter the Southern Ocean through a process of downwelling in which mounds of warmer water force cooler water downwards,” he said.

In addition to these multidisciplinary experiences, Harris also found time to sight southern right whales, spend hours in the ship’s labs and be present for the launch of weather balloons by the South African Weather Service, most of which took place in the early hours of the morning.

In pursuit of research

Harris’s enthusiasm did not go unnoticed.

Katherine Hutchinson, a UCT physical oceanographer and affiliate of the South African Environmental Observation Network (SAEON), said, “During the cruise Eesaa was an absolute star. He was so engaging and always in the labs, interested in what people were doing. At the end of the trip he not only won the most dedicated student award but he has also been invited to return as a reseach assistant.”

“You know,” said Harris, “I wasn’t supposed to even be on board that ship and so since I got to be there I decided I was not going to miss out on any of these experiences. Since I have experienced SEAmester, I feel that I really want to pursue research. I want to get out there and gather more data!” 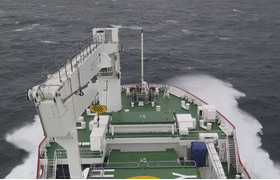 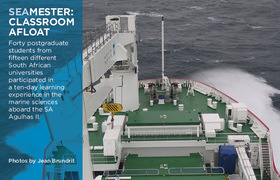 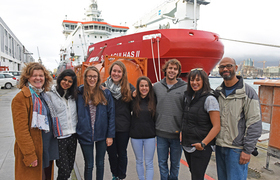 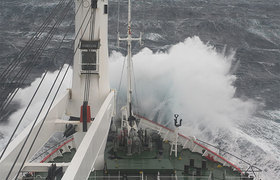