Are our media holding our institutions accountable?

09 November 2016 | Story Herman Wasserman
The media are often seen as having the potential to contribute to social progress on a number of levels. These contributions can be linked to several of the United Nations (UN) sustainable development goals (SDGs). The role that the media can play in deepening democracy, for instance, is often held up as an important justification for allowing the media freedom to criticise politicians and officials. The media are therefore seen as an important democratic institution that can contribute to SDG 16: the promotion of just, peaceful and inclusive societies, writes Herman Wasserman.

The idea that the media can act as the ‘fourth estate’ in society by acting as a watchdog over corruption and abuse of power is one that is entrenched in journalistic norms and in the popular imagination. The amount of space and airtime that has been given to the money spent on President Zuma’s Nkandla homestead is a good example of this type of journalistic work. According to this view, such reporting can assist democratic societies in reaching particular targets of SDG 16, such as ‘Substantially reduce corruption and bribery in all their forms’, and ‘Develop effective, accountable and transparent institutions at all levels’.

Despite the media’s claims to making these contributions to the deepening of democracy and the development of society, there is often disagreement about how well this ideal is translated into practice. Furthermore, there is much controversy around exactly what these roles should entail in the first place. For instance: what should the relationship be, exactly, between the media and government? Should a different role be expected of media in transitional democracies than we expect in established ones? How well do the South African media perform these roles? How should these contributions be measured?

Do citizens trust the media to hold government to account? Do citizens feel that the media represents their interests? These are some of the questions that academic research in media studies seeks to answer, through both theoretical explorations and empirical work.

Media studies research can help to assess how well the media in a country such as South Africa are performing these roles. Critics of the media often point out that they are too elitist or commercially minded, and therefore fail to ‘Ensure responsive, inclusive, participatory and representative decisionmaking at all levels’, as described in one of the SDG 16 targets. The fieldwork conducted by a group of researchers (Professor Herman Wasserman, Dr Tanja Bosch and Dr Wallace Chuma, as well as several student research assistants) in the Centre for Film and Media Studies (CFMS) on an European Union-funded project called Media, Conflict and Democratisation (MeCoDEM) has shown, for instance, that the media does not pay enough attention to community protests aimed at giving communities greater say in policymaking. Poor communities often feel excluded from news agendas and have expressed frustration at not being listened to by journalists.

MeCoDEM involves research projects in four different countries, all transitioning from authoritarian rule to more democratic government – South Africa, Egypt, Kenya and Serbia – and the role of media and ICTs accompanying these transitions. Findings suggest that in all four countries, citizenship conflicts tend to be portrayed through a judicial or rights-focused lens, rather than with focus on social and cultural factors. The South African branch of the study reveals systemic problems underpinning news agendas and coverage. 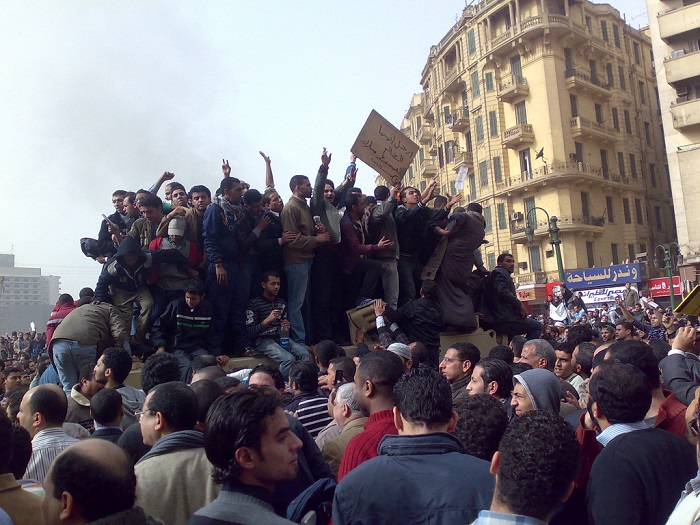 Case studies covered by researchers from CFMS included media coverage of the ubiquitous community protests in South Africa, xenophobic attacks and conflicts erupting in parliament around the state of the nation address. The investigation into community protests included content analysis of major publications, and interviews with journalists and with community activists. Anger over unemployment, housing, water and sanitation, electricity, corruption and crime have all been listed as reasons for the rising number of protests, which started in the early 2000s. However, they are about more than just a struggle for basic public services; they are also an attempt by the poor to be heard and included in democratic discourse and policymaking.

The study found that even in the media coverage of these protests, the voices of the protesters often remain unheard. Coverage of protests is often reduced to reports on traffic disruptions, and some communities report that photographers are often sent to document the protest without being accompanied by journalists to conduct interviews. Activists also told researchers that they only get media attention when they go to extremes. According to protesters, media first ask if ‘anything is burning’ in order to decide whether it would be worth sending a journalist to report.

This study reveals that while a free media has gone a long way towards ensuring democratic accountability in South Africa, there is room for improvement. Activists interviewed for the study said they believe the media could play a bigger role in boosting democracy, by highlighting the issues poor communities face before they spill over into violent conflicts. A focus on community could shine a spotlight on the most marginalised and vulnerable citizens, and help focus government attention where it is needed most, in order to achieve the SDG of creating a just, peaceful and inclusive society.

Herman Wasserman is professor of media studies in the Centre for Film and Media Studies. Feature image of Tahrir Square in Cairo by Jonathan Rashad, Flickr. Second image by Ramy Raoof, Flickr.

This article was published in Research & Innovation 2015-16. Click on the image to read the full report.