The sitting volleyball contest that took place at UCT's Sports Centre on 25 August 2016 heralded a first for the university, as the Paralympic sport will become a formal offering for student athletes.

Sitting volleyball is played on a relatively small court of 10 x 6 m with a lower net than the standing variation. Teams comprising both men and women contest a best-of-five set format. The first to reach 25 points wins the game, if they have a lead of at least two points.

It's a first for UCT, as a Paralympic sport is now going to form part of a UCT sports club. If it grows sufficiently, it may even become a club of its own. 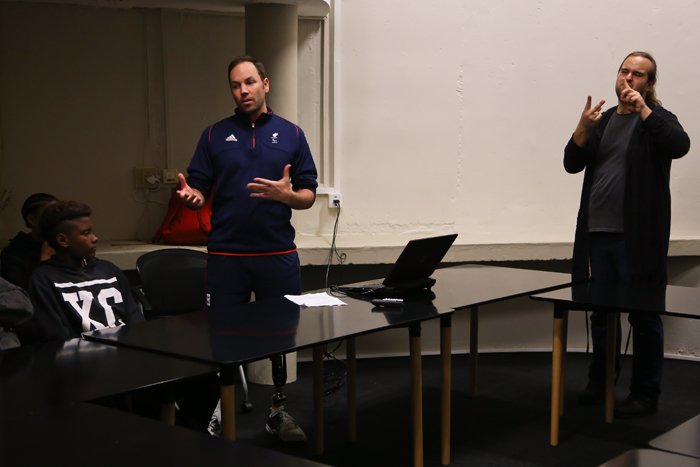 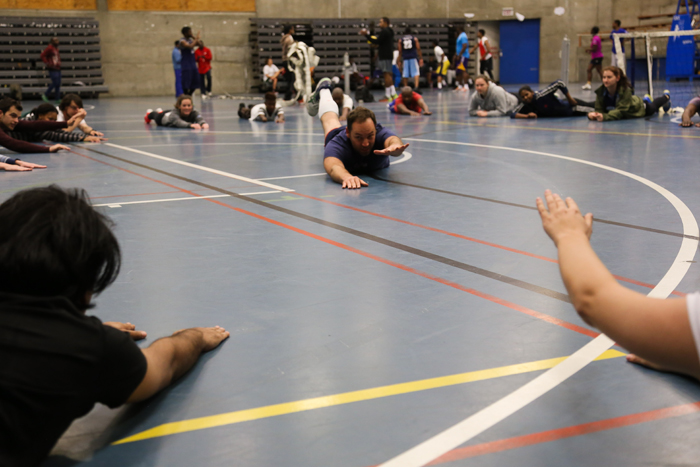 Maintaining a strong lower back is crucial for a game like sitting volleyball, so these exercises came in handy for the players. 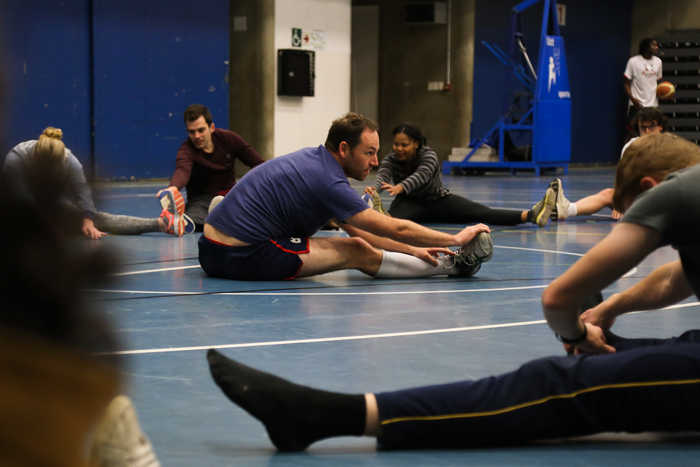 It's a quick game – much faster than standing volleyball – so athletes limber up their joints to make sure their reflexes are up to speed. 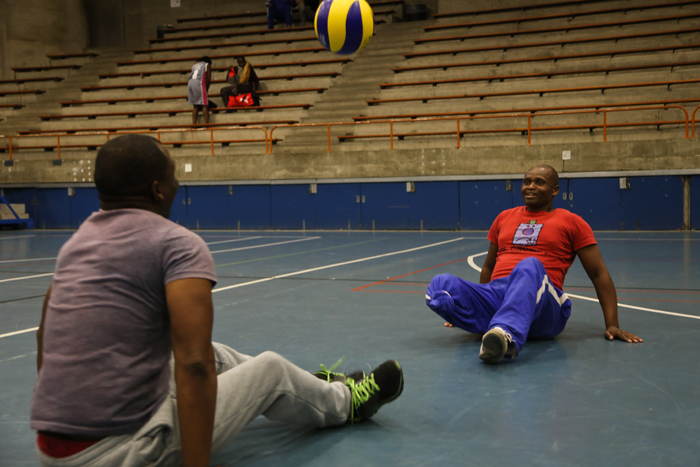 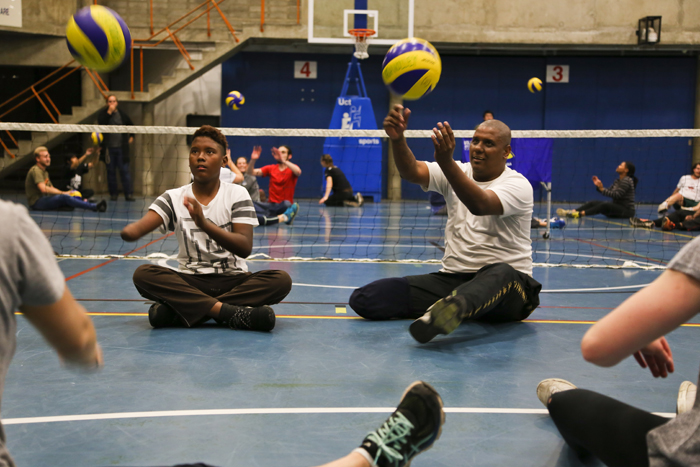 Fabio Muller (left) was born with a disability. Two years ago, his father, Fabian (right), was involved in an accident. They now play sitting volleyball together.