In 1996 the International Academic Programmes Office (IAPO) opened its doors as part of a renewed push to forge international partnerships and extend UCT's outreach into Africa in the wake of the country's first democratic elections.

This year, IAPO celebrated its 20th anniversary during May with a range of events organised under the theme “Internationalisation 20 years on”.

Director Professor Evance Kalula explains, “With the advent of democracy in 1994, the world opened to South Africa and UCT was able to pursue internationalisation more vigorously. The establishment of IAPO played a crucial role in this.”

Since then, two of IAPO's flagship programmes – the Universities Science, Humanities, Law and Engineering Partnerships in Africa (USHEPiA) and the Semester Study Abroad programme – have grown extensively.

USHEPiA now has a cohort of 65 scientists and engineers who have studied at eight African universities. The Semester Study Abroad programme, which started with 152 students, now welcomes over 1 000 students from 97 countries and UCT hosts some 3 500 international full-degree students from 106 different countries.

IAPO's May celebrations kicked off with a discussion of the book Thabo Mbeki: The rise and fall of Africa's philosopher king by Dr Adekeye Adebajo. What followed was a full programme of lectures, panel discussions, a careers expo and dramatic performances, all aimed at illustrating the theme of internationalisation.

Among the many highlights was a concert at the Baxter Theatre on 25 May, which took the audience on a journey through Africa as seen through the eyes of a musical storyteller. The performance featured musical traditions from South Africa, Namibia, Zimbabwe, Mozambique, Mali and Ghana.

Another was a special performance by UCT graduate Tandile Mbatsha at the Irma Stern Museum to celebrate both Africa Day and 20 years of internationalisation. Mbatsha is a regular visitor to the gallery and was invited to create a dance performance inspired by his interest in the artworks and artefacts acquired by the artist Irma Stern during her travels through Europe and Africa. He asked a friend, Grace Nosilela, to join him for this interactive performance. 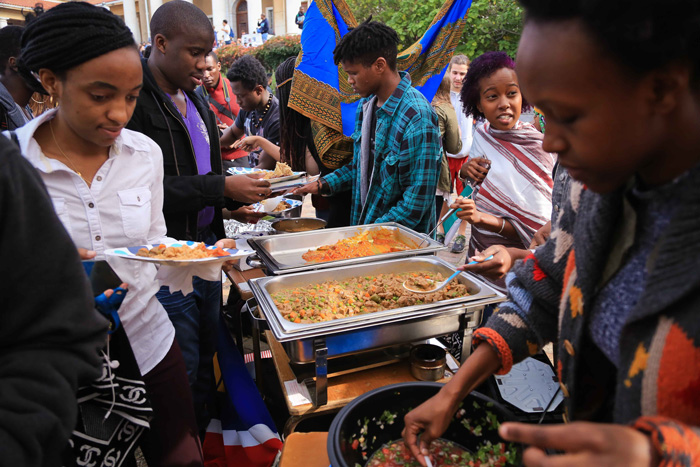 With the help of the SRC, Jammie Plaza was turned into a marketplace filled with the tastes, sounds and fabrics of Africa on 12 May. 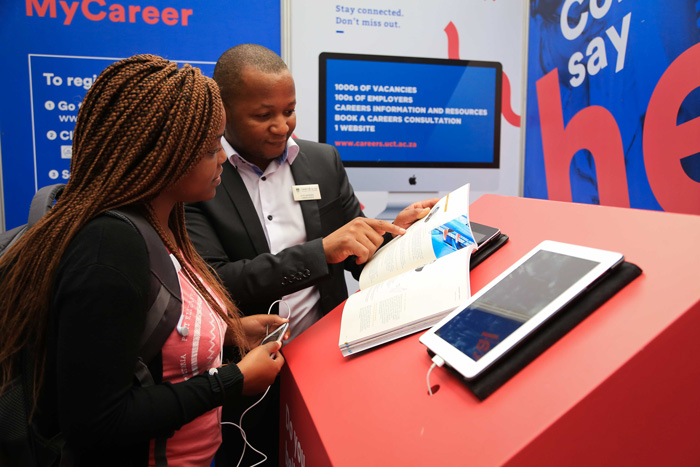 An Africa Careers Expo was held in the Snape Building on 12 May.

A highlight was the concert at the Baxter Theatre on 25 May titled Jarabi: A musical journey through Africa. It showcased musical traditions from across the continent. 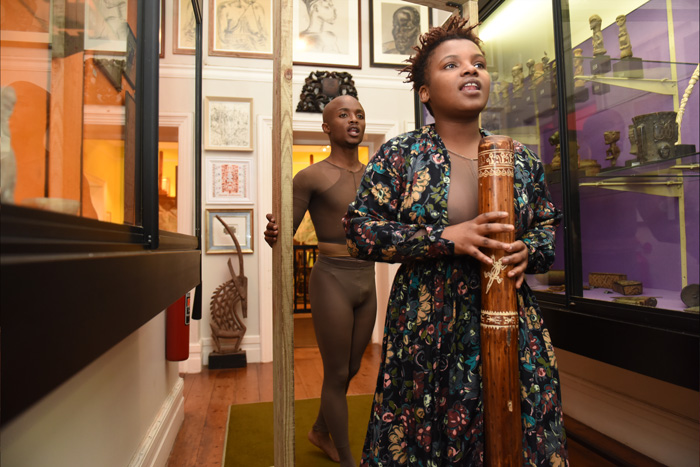 On 27 May UCT celebrated Africa Day and the 20th anniversary of IAPO at the Irma Stern Museum. Here Grace Nosilela (front) and Tandile Mbatsha (behind) perform a work titled Inspired by Irma.