A team of scientists from UCT, Oxford University and the London School of Hygiene & Tropical Medicine have made a discovery that reveals how we can improve development of more effective vaccines against tuberculosis.

Tuberculosis is the biggest killer of humans due to bacterial infection. In 2014, 9.6 million people were diagnosed with Tuberculosis and 1.5 million died. The only available vaccine against tuberculosis, BCG, is given to infants to prevent severe forms of the disease but protection against lung disease is very variable, particularly in countries where TB is most common, such as South Africa.

The research team studied young children who had previously participated in a large clinical trail of a new tuberculosis vaccine conducted in Worcester. They investigated the immune response to BCG, given at birth, to determine characteristics of this response that are associate protective immunity against tuberculosis. “We looked at a number of factors that could be used as immune correlates, to try and find biomarkers that will help us develop a better vaccine.” said Professor Helen McShane from Oxford University, who led the study.

The team carried out tests for twenty-two immune response characteristics and found that elevated activation of CD4 T cells was linked to higher TB disease risk. Higher levels of T cells, that responded to the BCG vaccine by producing the immune messenger molecule, IFN, were linked with reduced risk of TB.

Antibodies to the Ag85A protein made by the TB bacterium were also identified as a possible immune correlate. Higher levels of antibodies targeted against Ag85A were associated with lower TB risk. However, the team cautions that other environmental and disease factors could also cause Ag85A antibody levels to rise and so there may not be a direct link between these antibodies and TB risk.

Professor McShane said: 'These are useful results which ideally would now be confirmed in further trials. They show that antigen-specific T cells are important in protection against TB, but that activated T cells increase the risk”. 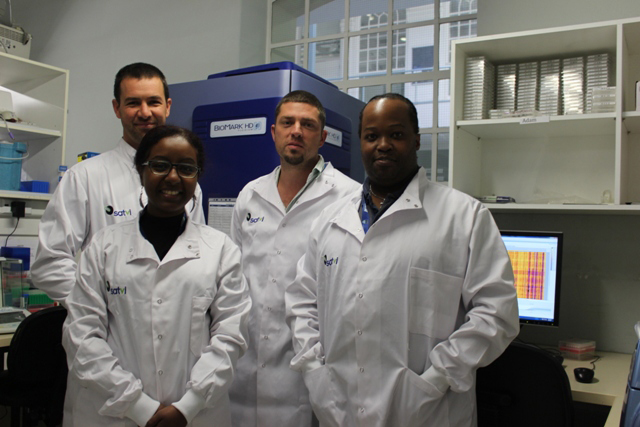 Associate Professor Tom Scriba from the South African Tuberculosis Vaccine Initiative (SATVI) at UCT said: “TB is still a major international killer, and rates of TB disease in some areas of South Africa are among the highest in the world. These findings provide important clues about the type of immunity TB vaccines should elicit, and bring us closer to our vision, a world without TB.”

Dr Helen Fletcher from the London School of Hygiene & Tropical Medicine, said: “For the first time we have some evidence of how BCG might work, and also what could block it from working. Although there is still much work to do, these findings may bring us a step closer to developing a more effective vaccine for TB."

The team is continuing its work to develop a new and improved TB vaccine, aiming to protect more people from the disease.

The paper, T cell activation is an Immune Correlate of Risk in BCG vaccine infants, was published in the journal Nature Communications on 12 April 2016. (Download media statement)