Heritage in the everyday

Heritage on the big stage came to the fore with the recent unveiling of a new human ancestor, Homo naledi, in the Cradle of Humankind – this after some 1 550 fossil bones were found at the Rising Star (or Naledi) cave in Maropeng in October 2013.

It is no coincidence that this discovery was announced in the month we celebrate our heritage, which is the theme of this edition of Monday Monthly, and is illustrated by the jigsaw of images on our cover. The heritage we’re celebrating and interrogating is the kind expressed through everyday living.

The idea, really, is to get ourselves to think about what we mean by heritage and by history, and if a ‘heritage’ can be claimed by any one group, or if there’s more to it than heirlooms and custom.

Dr Maanda Mulaudzi from historical studies advocates resistance to capitalists’ hijacking Heritage Day (24 September) and reducing it to ‘Braai Day’. He is also uncomfortable that the idea of a shared heritage seems to mean that we avoid debating what that heritage might be, and how our common history has affected us in many different ways. Mulaudzi explains that while renaming important historical sites after ‘heroic’ figures can show the right intent, its effect can be diluted if the renaming is not done alongside a deliberate and critical engagement with the ideas and values of the people who are being remembered.

To bring heritage back to the bigger canvas we highlight the work done by UCT archivists in preserving history. UCT Libraries’ Special Collections houses more than 1 300 sub-collections, with a cache of books and pamphlets exceeding 85 000 items, and is home to one of the most extensive troves of African film in the world. Discover a handful of the treasures hidden in this archive, as we look at just a few of the most interesting collections.

There’s also a short preview of UCT’s Recruitment, Development and Retention programme, which launches in late September. You can read about it here.

We end off with an adventurer who has not only trekked in the Himalayas on numerous occasions, but also has a penchant for paragliding (not off any Himalayan peaks, mind). The Department of Paediatrics and Child Health’s Hilary Barlow regales us with her tales from high places. 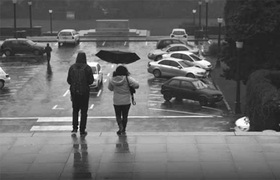