Five prominent female researchers at UCT have been awarded South African Research Chairs Initiative (SARChI) Chairs in their respective fields as part of the Department of Science and Technology (DST) and National Research Foundation (NRF) initiative to promote women in research.

The latest SARChI call was directed specifically at women researchers as part of an effort to correct the local and global gender imbalance in research. According to the United Nations Education, Scientific and Cultural Organisation (UNESCO), women account for only about 30% of the world's researchers, while only one in five countries have achieved gender parity in research.

The SARChI Women in Research initiative invited public South African universities to submit up to five research proposals, which were then assessed by a rigorous NRF-managed peer-review process.

UCT was delighted that all five of its applicants were succesful. Prior to this announcement, UCT was home to 34 SARChI Chairs, of which nine were women (just more than a quarter). That proportion has now risen by almost 10% to 14 out of 39 (over a third).

"We are not there yet, but every improvement in the gender imbalance is significant," says Professor Danie Visser, deputy vice chancellor for research and internationalisation. "All five women have made a siginificant impact in their respective fields, both locally and internationally. It is my hope that they will inspire the next generation of young women to come up the ranks of research." 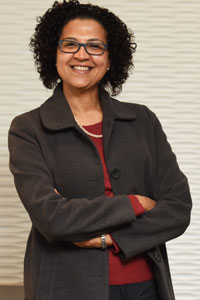 Biomedical engineering has the potential to address some of South Africa's unique public health challenges through its role in developing sustainable technological solutions to improve health and address health disparities. The SARChI Chair in Biomedical Engineering and Innovation will contribute to socio-economic development in South Africa through research towards appropriate technological solutions for a healthier population, collaborating with industry for the commercialisation of these technologies and developing interdisciplinary skills and capacity in biomedical engineering and health innovation.

As a biomedical engineer, Professor Tania Douglas has specialised in imaging and image analysis, particularly X-ray imaging, automated microscopy and computer-aided detection of abnormalities. She also has a strong interest in educating engineers and innovators who are able to address health in a contextually appropriate manner. 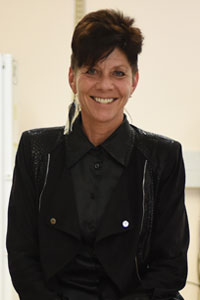 Drought has long been considered the single greatest threat to world agriculture; in the coming decades, in sub-Saharan Africa, this is predicted to be exacerbated by the effects of global climate change. This SARChi aims to produce, through biotechnology, crops with considerable drought tolerance to enable food security in extreme drought conditions. It aims not only to achieve this for cereal crops (which currently provide the bulk of the world's food supply) but for food crops that are uniquely African. Such applied outcomes will be of value to subsistence and commercial farmers alike.

Professor Jill Farrant is a leader in the field of plant responses to water deficit stress (drought/desiccation tolerance), receiving international recognition for her research. She was the African/Arab States recipient of the 2012 L'Oreal-UNESCO Award for Women in Science, one of only five scientists worldwide who were selected by an international jury as "researchers who will have a major impact on society and help light the way to the future". In 2009, she was awarded an A rating by the National Research Foundation (the first female researcher at UCT ever to receive such a rating) as well as being made a member of the UCT College of Fellows. She is about to go abroad to receive the EPFL (École polytechnique fédérale de Lausanne)-WISH (Women in Science and Humanities) Foundation Erna Hamberger Prize 2015 for being a role model for biologists world wide. "My philosophy," she has said, "is that a comprehensive understanding of mechanisms employed in tolerance of desiccation will facilitate meaningful choices for application toward production of crops with improved drought tolerance." 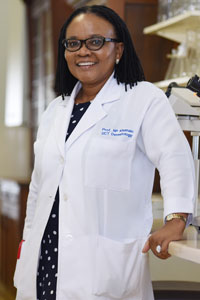 The key focus of this SARChI Chair will be to understand human hair – its variation, the fundamental principles or mechanisms that determine hair shape and how this affects incorporation of chemicals circulating in the blood stream. This understanding will facilitate the development of new tests that use hair in medicine: for example, a novel means by which to monitor patient compliance with antiretroviral drug treatment schedules for HIV infection. Further, research on skin toxicity also aims to reduce preventable cosmetic adverse effects (in collaboration with the industry regulatory body). This research programme will improve the quality of life for all South Africans.

Associate Professor Nonhlanhla Khumalo has established an international reputation as a clinician scientist working on the structure and epidemiology of hair and scalp conditions. With funding from the National Skills Fund, she recently launched the first Hair and Skin Research Laboratory (HSR Lab), a state-of-the-art national facility to focus on comprehensive hair testing and safety in cosmetic formulation. She is the founding editor of the South African Journal of Child Health,the first local peer-reviewed journal specifically addressing child health. A dermatologist trained in evidence-based medicine, Khumalo has led the production of several systematic reviews and was part of the committee that developed guidelines for the treatment of bullous pemphigoid (the commonest autoimmune blistering skin disorders) for the British Association of Dermatologists. Her main research interest is the study of hair loss, particularly the specific alopecias common in African hair, and she has contributed significantly to global understanding of hair diseases. "I am also a teacher whose audience extends beyond the traditional academic field," she says, "to promoting the public understanding of science through the publication of the book, Genes for Teens." 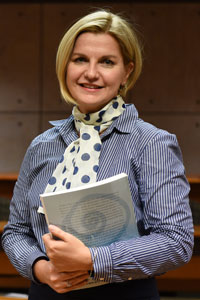 African countries with vast mineral wealth often display slower-than-expected economic growth and political instability. This contradiction lays the African continent bare to exploitative and invasive practices that feed off the lack of capacity and knowledge needed to improve law making and implementation and to improve mining contract negotiation. This Chair will facilitate the creation of a hotbed for the evaluation and re-conceptualisation of Africa?s laws on minerals and mining, especially for those countries whose economies are directed by mineral resource extraction. It will assist lawyers to understand the law and governance aspects of mineral resource extraction better, so that they can respond to society and industry needs more appropriately. It will do so by accumulating information about, critically engaging with and disseminating knowledge about Africa?s mineral laws.

Professor Hanri Mostert lectures property law and mineral law at UCT and is visiting professor at the Department of Private Law and Notary Law, Groningen Centre for Law and Governance, Rijksuniversiteit Groningen. Her original interests in property law matured into specialisations in Land Law and Mineral Law. In these fields, she has contributed to the most authoritative sources on South African law, addressing issues of constitutional property protection, landlessness, tenure security, restitution, nationalisation, land governance and mineral resource regulation. Her work on mineral law has been cited with approval by both the Supreme Court of Appeal and the Constitutional Court in South Africa. Prof Mostert has held fellowships with the Commonwealth Programme, the Max Planck Foundation, the German Academic Exchange Service and the Alexander Von Humboldt Foundation. The South African Department of Science and Technology nominated her as the runner-up for the Young Women in Science Award 2013. 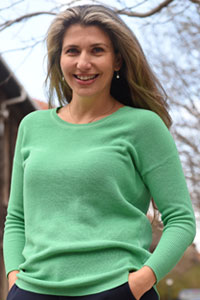 The research proposed through this SARChI Chair will provide a greater understanding of our universe from the smallest to the largest scales. Crucially, this Chair will be an investment in the ideas of South African scientists tested in South African skies. This knowledge area is one of the most exciting scientific fields that will provide human capital development in the mathematical and physical sciences, arguably the most fundamental of the science, technology, engineering and mathematics (STEM) areas and unquestionably those most lacking in women at all levels but especially in senior positions. Indeed, Weltman will be the first woman in the mathematical or physical sciences to be awarded a SARChI Chair to date. These areas are key to the national development plan of transitioning into a knowledge economy.

Dr Amanda Weltman is a theoretical physicist at UCT. Weltman's research focus is on the fundamental physics that underlies the nature of the Universe. The goals of her research are to study the Universe as a whole, while gaining insight into its origin, composition, structure, evolution and ultimately its fate. In the last few years Weltman has won several awards including the South African Institute of Physics Silver Jubilee Medal (2013), the Elsevier Young Scientist Award (2012) and the NSTF-BHP Billiton, TW Kambule Award (2012) among others. She is a member of the Cape Town Science Centre Scientific Advisory Board, the South African Royal Society and on the executive of the South African Young Academy of Sciences. "My training and my interests lie in both high-energy particle theory and in cosmology," says Weltman, "and my research is focused on developing bridges between the two."

Photos by Je'nine May. (Photo of Tania Douglas by Michael Hammond.)