Why pop culture reproduces inequality in SA and Brazil

Dr Jan Schenk not only found a cost-effective way to travel to Brazil to pursue his studies in popular culture – a comparison between South Africa and Brazil – but also has his PhD to thank for his business, a research company that uses mobile devices to collect data.

His seven-year PhD journey started with a note on a noticeboard.

"The notice in the Department of Sociology announced that Professor Jeremy Seekings was looking for students to conduct research in Belo Horizonte [Brazil]. I had just finished my masters, and wanted to stick around in academia a little longer. I also speak Portuguese," explained Dr Jan Schenk, recent PhD graduate and director of ikapadata, a company that specialises in mobile surveys.

Schenk's dissertation examines how music tastes and media consumption among youth in Cape Town and Belo Horizonte, a city in southern Brazil, link to distinctions of race and class.

When it was agreed that his doctorate would include Belo Horizonte, his first obstacle was getting there. Once again it was a notice on a board, this time at the Cape Yacht Club, that informed him that passage to Brazil was being offered on a catamaran making its way to the Caribbean.

"My tip to students who need to get somewhere in the world for free is this: Cape Town is one of the world's largest producers of catamarans. These have to be delivered to different parts of the world, especially China and the Caribbean."

The boat trip to Brazil took three weeks. Once there, he received news that his application for research funding had been approved.

"I was on a shoestring budget. When the grant eventually came through it was double the amount I'd asked for, which I was very grateful for." He spent a total of nine months in Brazil, with occasional flying visits to Cape Town. 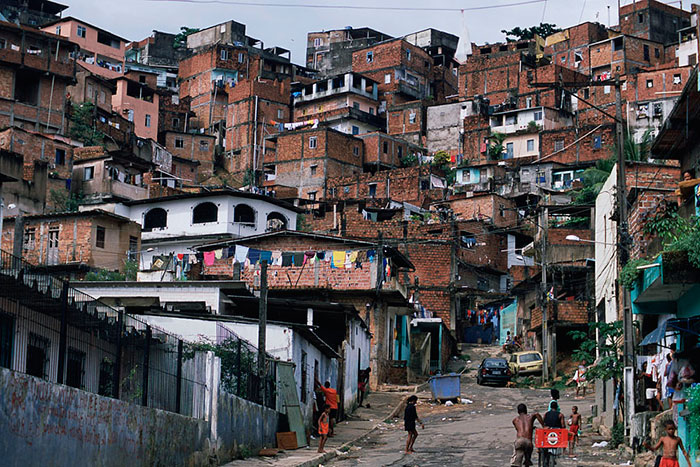 A favela on the outskirts of Salvador de Bahia, Brazil.

Schenk's study involved surveys and focus groups at secondary schools in both cities. Subjects ranged in age from 15 to 19. "I wanted to find out about their taste in music, fashion brands and sports activities. A secondary interest was in their attitudes to race and racial difference."

Among the Brazilian participants he found a denial of the concept of race; and thus, of discrimination based on race.

"For a long time, there's been this myth that there's no racial discrimination in Brazil. However, if you look at the statistics and the breakdown of who's the poorest, who is more likely to end up in prison or go to a private school, the differences you see in South Africa actually play out in Brazil too. 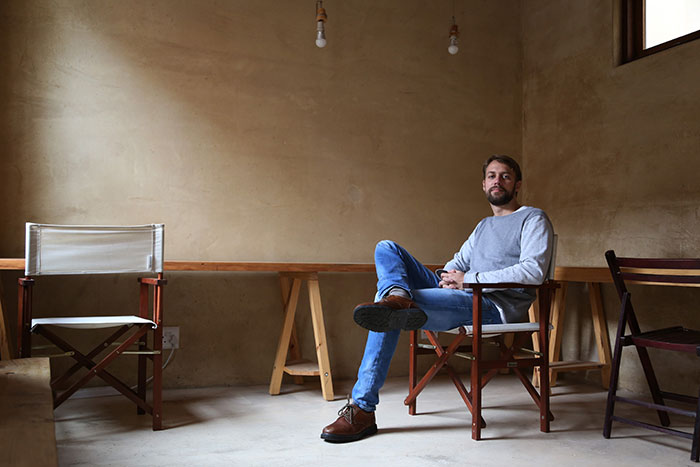 During a visit to a Cape Town high school, Schenk noticed that students socialised predominantly with other students of the same race. When he pointed this out to the students, they denied that race was the deciding factor, and said they preferred the company of people who shared their taste in music and fashion.

He also noticed evidence of a 'media divide' alongside the digital divide.

"People who don't have money are more likely to listen to the radio. In radio you have different channels, and people listen to different channels depending on their music taste and language preference. A lot of people don't have access to DStv; but those who have, hardly watch anything but DStv. American programmes dominate these channels, and channels with local content are few."

This led to him to the conclusion that the idea that westernisation made everyone the same was incorrect. "It creates common structures of difference around the world, but it also enforces and reproduces racial and class difference."

Schenk, who first arrived in Cape Town 14 years ago, got the idea for his company, ikapadata, from his research. He was capturing the data from his Brazilian subjects – an experience he describes as "highly tedious and boring, and the last thing you'd want to do when in Brazil" – when he started looking into mobile data collection.

"I didn't use mobile data collection in my own thesis, but because I was so tired of retrieving data from paper surveys I started playing around with it, and saw how good it was. At the time, five years ago, I did some research into the uptake of mobile data collection in South Africa, and found that not many companies were using it. I was also fascinated by the idea of conducting mobile surveys in townships. I then came up with a business plan, which I rolled out with my business partner Amrik Cooper, who is also a UCT graduate."

Fieldworkers working for ikapadata go out with mobile phones or tablets that have the questionnaires loaded onto them. Responses are captured directly onto the device, and are uploaded to a server once the fieldworker can connect to the internet.

"We built a platform on which you receive the data in real time, with pictures. You get a GPS location of where the interview took place, as well as the time stamps of when the interview started and when it ended."