The Nelson Mandela/Fidel Castro Medical Student Training Programme flows from a bilateral agreement signed between South Africa and Cuba in 1995.

Under the programme, South African recruits are sent to Cuba for preliminary medical training (including learning the Spanish language) before they return to South Africa where they join a local fourth-year medical class for an additional 18 months of training. 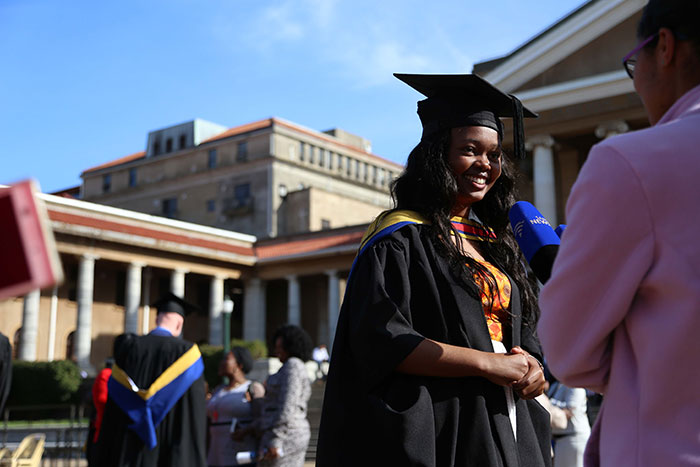 Upon conclusion of this South African stint, the students write an exit exam and the successful candidates graduate with a medical degree conferred on them by a Cuban institution.

These graduations are hosted locally, with UCT taking its turn last Friday. Among the cohort of 47 on Friday were five students who had spent the final leg of their training at UCT.

According to the Department of Health, around 400 South Africans have received medical qualifications through this programme to date.

Story by staff reporter. Photo by Je'nine May.