Emeritus Professor Martin West, former deputy vice-chancellor and deputy principal, alumnus and honorary graduate, died in the early hours of Wednesday, 8 July. He was 10 days short of his 69th birthday, a birthday shared with Nelson Mandela.

West's UCT career spanned 42 years, 17 of these as a Deputy Vice-Chancellor and Deputy Principal, during which time he served the administration of four vice-chancellors.

West's contributions to the university were reflected in the breadth of his work over these four decades, first as an academic and then a senior administrator.

Speaking at the 2008 graduation ceremony when West was awarded the Vice-Chancellor's Medal, former Vice-Chancellor Professor Njabulo Ndebele paid tribute to West's "vast knowledge of university matters and ability to tap on that experience to provide sound advice and guidance".

"As an academic he led his department and contributed to his discipline; as a teacher he touched the lives of many students; as a deputy vice-chancellor he drove many strategic initiatives and provided strong leadership to senior staff. As the deputy principal, he often provided the Wisdom of Solomon on complex issues in difficult times."

West will also be remembered for his ambassadorial skills, most notably as founder of the University Science, Humanities, and Engineering Partnerships in Africa (USHEPiA), one of the most successful higher education collaborations in Africa.

And foreseeing that UCT would need an office devoted to international links, West was also instrumental in establishing the International Academic Programmes Office.

1946: Born in Cape Town on 18 July
1963: Matriculates first-class from Bishops
1966: Graduates BA
1967: Honours in social anthropology
1969: MA (distinction)
1971: Starts lecturing in the Department of Social Anthropology
1972: PhD awarded in social anthropology, his thesis on the African Independent Churches in Soweto
1976: Ad hominem promotion to senior lecturer
1978: Aged 30, appointed Professor of Social Anthropology and takes up the Chair of Social Anthropology, the youngest academic ever to hold a chair
1980: Director of the Centre for African Studies
1991: Officiates at first graduation
1995: Founds the University Science, Humanities and Engineering Partnerships in Africa (USHEPiA)
2003: Relinquishes student affairs portfolio
2008: Retires from UCT after a 42-year-long-association with the university. In the same year he received the Vice-Chancellor's Medal for his services to UCT
2011: Awarded an honorary doctorate. His exhibition, Amabandla Ama-Afrika: The independent churches of Soweto, 1969-71, opens in the Centre for African Studies 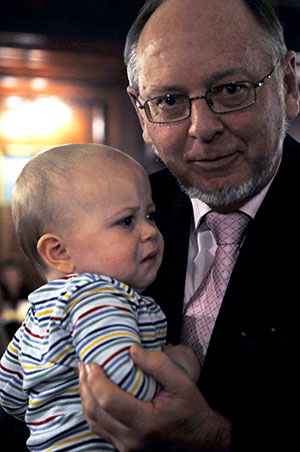 In grand company: Photographed with grandson Alexander Walter at his formal farewell dinner at UCT on 13 June 2008. 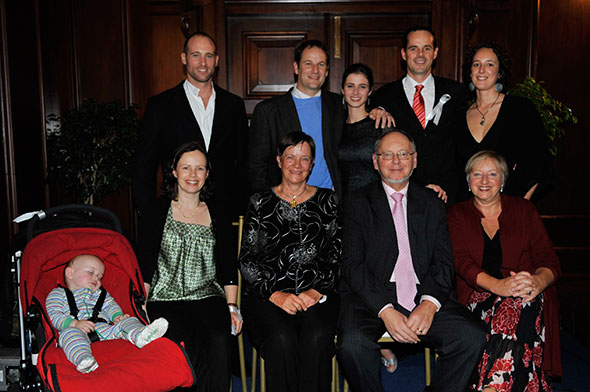 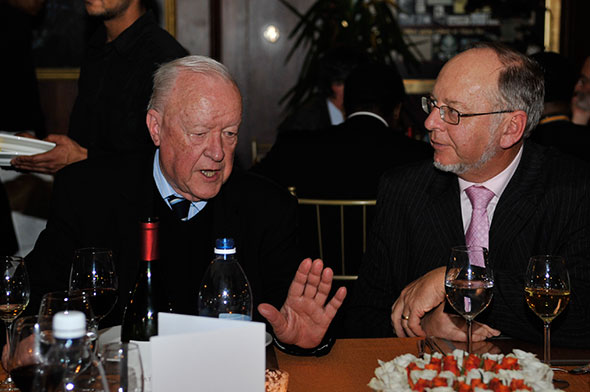 Photographed at his farewell dinner, hosted in Smuts Hall on 13 June 2008, a gathering of many friends and colleagues who recalled special times over West's 42-year-long association with UCT. Left in picture is former Vice-Chancellor Dr Stuart Saunders. 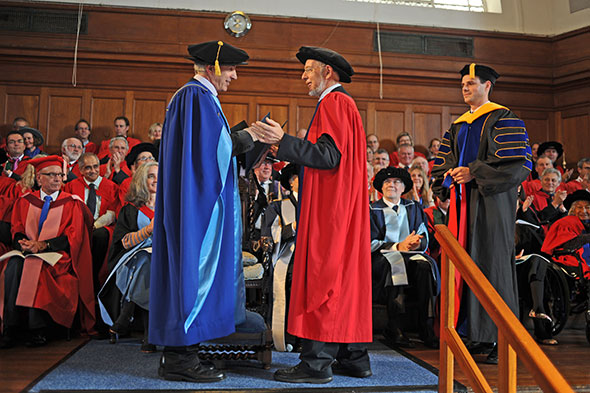 West was awarded an honorary doctorate in 2008, as well as the Vice-Chancellor's Medal. At this ceremony his son, Adam, hooded him. Left in this picture is Vice-Chancellor Dr Max Price. (As acting vice-chancellor, West officiated at many graduation ceremonies, the first in 1991 and the last on 13 June 2008.) 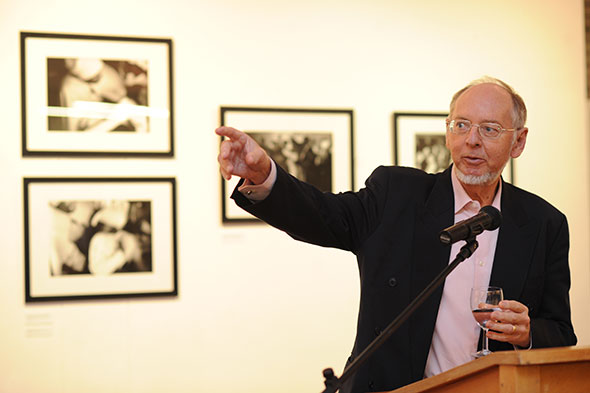 West's exhibition, Amabandla Ama-Afrika: The independent churches of Soweto, 1969-71, opened in the Centre for African Studies in 2011. He took the pictures while conducting fieldwork for his PhD in social anthropology. This research culminated in his book, Bishops and Prophets in a Black City, published in the 1970s.

Compiled by Helen Swingler. Images from the Monday Monthly archives.