The lab will focus on comprehensive hair testing and safety in cosmetic formulation and is the brainchild of Assoc Prof Nonhlanhla Khumalo, head of the Division of Dermatology at UCT and Groote Schuur Hospital.

"The idea of establishing the laboratory was initially to prevent or reduce side effects from cosmetics," explained Khumalo at the lab's launch. "Later the idea grew bigger with the emerging field of using hair as testing substrate in medicine. Unlike blood and urine that have a high turnover, hair is a medical repository that can be used, for example, to detect drug exposure dating back months and even years – depending on the hair length."

Khumalo recently made headlines with her findings following research into Brazilian keratin hair treatments. Khumalo found that these popular hair-straightening treatments contained higher than the recommended levels of the cancer-causing substance formaldehyde. Six of the seven tested brands, available in South Africa at the time, contained five times the legal limit of formaldehyde, while five of these products professed to be 'formaldehyde free'. 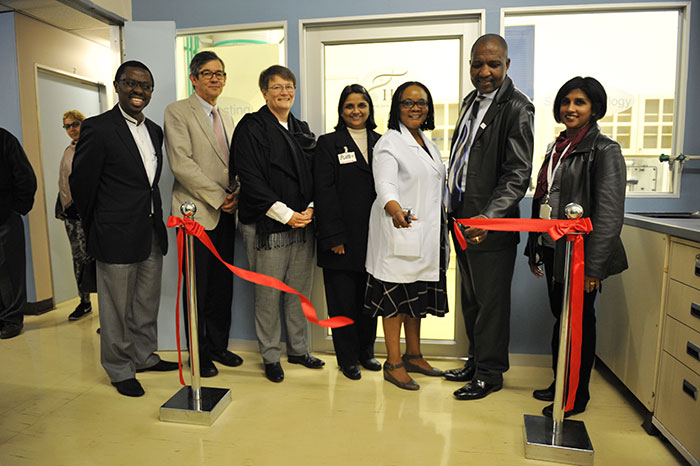 Khumalo expressed the hope that the laboratory would provide opportunities for clinicians and scientists to collaborate to protect the public from harmful products. "The availability of a research and testing facility is only part of a multidisciplinary collaboration that is needed, not only to establish a coherent legal and regulatory framework, but to also improve industry compliance."

The establishment of this laboratory was made possible through funding from the National Skills Fund, which contributed R8.6-million to renovate and equip the space that would eventually house the laboratory.

Research interests at the HSR Lab include:

Story by Abigail Calata. Photos by Je'nine May.