Research is competitive – despite also often being collaborative. In the global competition for health science research, UCT's Faculty of Health Sciences stacks up as one of the best in the world: the latest results of the Times Higher Education (THE) World University Rankings placed the faculty at 48th globally. This is in large part due to the calibre of researchers and teaching. It could also be argued, however, that researchers in the field have a perhaps unexpected advantage: the genetic diversity of the population on our doorstep.

All people trace their origins to Africa, where anatomically modern humans evolved around 200 000 years ago. This prehistory has made Africa the best place in the world for palaeontologists interested in the evolution and migration of Homo sapiens sapiens.

Since the birth of genomics, Africa has gradually started to become of equal interest to geneticists. Research (by, among others, the International HapMap Project) has established that the genomes of indigenous African people carry the greatest depth of genetic variation compared to other population groups on the planet.

"The genomic material of African indigenous populations is so rich and diverse, it's – by analogy – like a Persian carpet," says Professor Raj Ramesar, Chair of Human Genetics in the Faculty of Health Sciences. "The genomes of Caucasians and Asians, by contrast, are like institutional carpets: lacking the rich depth of variation." This is because the latter left the continent in small bands, taking with them subsets of the total available genetic variation. The further you move away from Africa along the migratory route of early humans, the less genetic diversity there is.

You would therefore expect that Africa would be the first place researchers would turn to as they began to look into the genetics of global health problems. Genetic variation between individuals affects their risk for developing different diseases, their resistance to developing diseases, and even their response to treatment. The greater the variation, the easier it may be to map disease genes.

Paradoxically, while Africa has the most interesting and potentially useful genetic material in the world, it is also the most unexplored. For example, almost all studies on the genetic basis for psychiatric disorders such as schizophrenia have been conducted in the Global North. However, researchers there are conducting research on suboptimal populations.

"When you're mapping disease genes in Caucasian populations," explains Ramesar, "a marker may show up consistently in affected individuals. However, that marker may not be as close to the causative factor as you would like it to be – it may just be a proxy."

This is because, in reproduction, genetic material is shuffled in a process called 'recombination'. Populations in Africa have had their DNA shuffled or recombined over a longer period of historical time, so the blocks of DNA will be smaller (as when shuffling a new deck of cards – each time the cards are shuffled, cards of one type are broken up). So, as you look far back into African populations, you can see that the blocks of DNA exchanged become finer over time, because of how ancient they are.

"The real advantage of doing work in indigenous African populations is that – because these genomic blocks are small – if you find an association, there's a good chance you're close to the causative genetic factor," says Ramesar.

There is therefore a big advantage to doing research in Africa, and UCT is well positioned to take the lead.

The project has important implications, both for the treatment of schizophrenia and more widely. While there is good evidence that genetic factors contribute to the disorder, the exact nature of its genetic basis is unclear. "If successful," says Stein, "our approach will identify genes that are important for the disorder in populations worldwide, and help develop more effective treatment and prevention strategies."

"While we're looking for genes that may predispose people to schizophrenia," says Ramesar, who is also involved in the project, "a great deal of other information about African genomic variation will emerge."

The schizophrenia project is part of an initiative that is spearheading the growth of genomics on the continent: the Human Heredity and Health in Africa (H3Africa) Initiative, a pan-African venture funded by the National Institutes of Health in the USA and the Wellcome Trust in the UK. "H3Africa aims to transform the way science is conducted in Africa, by creating a sustainable research infrastructure and catalysing the use of advanced genomic technologies to improve our understanding of a variety of diseases," says NIH director Dr Francis Collins.

Building capacity in Africa to take advantage of advanced genomic technologies is crucial, because it gives Africans the ability to set their own health agenda. Importantly, this means that attention can be focused on diseases that mainly affect the populations of the continent.

Sickle-cell anaemia (SCA), for instance, is the most common monogenic disease in the world. Patients with SCA have a short lifespan – an average of 47 years in the USA. We don't even know what the lifespan is in Africa, home to 70% of those with the disease, but researchers think around half may die before they are one year old. The only current treatment is a bone marrow transplant.

Yet it is a neglected disease, according to Associate Professor Ambroise Wonkam, senior specialist in the Division of Human Genetics. He is leading a collaborative project – also part of H3Africa – across four countries in Africa focused on SCA. Once again, genetic diversity is crucial: "The programme aims to find out why some patients get sicker than others, despite having the same gene defect," says Wonkam. Identifying the genomic variation will help determine which patients have SCA from birth, enabling early intervention.

Fear and anxiety disorders in Namaqualand

Another disease more commonly found in Africa is the rare genetic developmental condition Urbach-Wiethe disorder. There are only around 100 reported cases worldwide, and 40 of these are found in a community in the Namaqualand region – coincidentally, one of the oldest populations in Africa.

Rather than wielding genomics as a tool, Professor Jack van Honk from the Department of Psychiatry and Mental Health has used neuroimaging to examine lesions of the basolateral amygdala – the part of the brain responsible for emotional arousal – that are characteristic of the disease.

While the disease itself is rare, the findings could be far-reaching. Van Honk's analysis revealed that the lesions made patients highly sensitive to other people's fearful expressions. This finding has important implications for the understanding of the basolateral amygdala's role in an array of social behaviours, and especially its role in fear and anxiety disorders.

"Cultural neuroscience holds promise for South Africa," says Van Honk, "given the genuine cultural diversity of the population and the modern neuroimaging infrastructure in Cape Town."

The rich ancestry of the Cape

In fact the Cape is particularly interesting, in both its cultural and its genetic diversity. Not only does it still provide a home to some of the oldest populations in Africa, but it also has a rich mixture of groups that have migrated back, thousands of years after their ancestors left, such as the Dutch, Indians, Malay and English.

As populations migrate, their genomes adapt to their environments: some parts of the genome are selected for and others are selected against. Researchers can examine how those populations fit into their current environment and respond to disease, particularly in their susceptibility or resistance.

This is powerful research that will be important in understanding our response to environmental triggers for disease, such as diet, according to Ramesar. And the Cape might be one of the very best places in the world to do this: "We have a beautiful mix in the Western Cape," he says, "and therein lies some really fantastic potential for discoveries in the future." 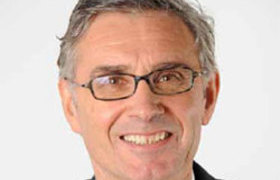