It's an intimidating subject to get your head around if you're not an engineer or a mathematician, but computational fluid dynamics (CFD) is creating a new revolution in engineering and technological development that will have a large impact on our lives '“ and space travel '“ in the near-future.

Although this computer technology is in its infancy, it's already a highly competitive commercial industry that generates R6-billion in licensing fees annually worldwide '“ and is dominated by only four computer codes. However, here in South Africa, a team from UCT is hoping to become the fifth power player in the CFD arena with their software tool, which they've named Elemental.

"CFD uses mathematics, specifically the type Albert Einsteinreferred to as Field Theory, elegant programming techniques, and the latest in computer hardware to model and simulate physics," explains Professor in Mechanical Engineering Arnaud Malan, based in UCT's Faculty of Engineering & the Built Environment (EBE). Malan heads up the Elemental team and was the guest speaker at a recent CafÃ© Scientifique discussion on campus.

"CFD is not just virtual reality '“ it's a virtual model that uncovers the secrets and real subtleties about nature. It's at the point where we can progress with our designs to a place we haven't gone before."

Basically, the goal of CFD is to build a virtual 3D model of, for example, an aircraft, a steam turbine or a car engine with such accuracy that one can design that engine and watch it operate to within 95% accuracy. "That means that the prototype that you build and test has been fully designed on a computer beforehand. We cannot do this to date but we're progressing very quickly towards this goal," says Malan. 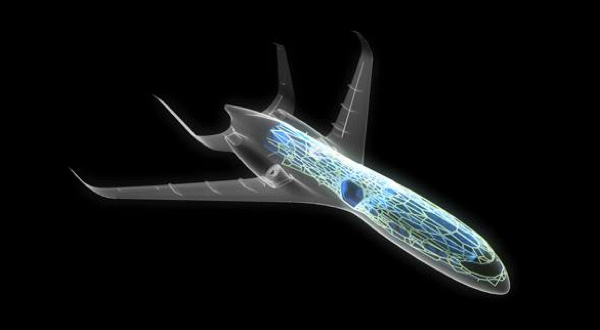 UCT is hoping to become the fifth power player in the computational fluid dynamics (CFD) arena with their software tool, which they've named Elemental.

In fact, Elemental has drawn the attention of top tech companies including Airbus, a leading European passenger aircraft manufacturer. In February this year, Malan's team signed a R2.5-million research agreement with Airbus Defence and Space that will establish SA in the high-tech world of space technology.

"Our software is so simple that if you saw it firsthand you'd think: 'This is crazy; it can't work!' But we've been able to create and sculpt '“ with small budgets and a very small team '“ CFD software that out-competes the best in the world by a significant margin."

A crisis in the engineering industry

Although we live in very exciting times with unprecedented technological advances that result in countless innovations and produce tech billionaires, this has led to a crisis in the engineering industry, says Malan.

"What is causing this crisis is that, as the technology develops, the pressure to develop improved products increases. However, we're not seeing fast enough improvement in the efficiency or design when it comes to power generation, cars, aeroplanes and rockets. One rocket looks much like another, just as large aeroplanes all look the same."

Why are things not changing fast enough? "The simple reason is that the type of mathematics we're taught at school and the way we've been taught to think about the universe has been instilled in our minds through traditional education. In engineering today, the typical, classic methods have been pushed to their limits."

However, CFD can break through these barriers and push engineering to the next level. "We want to create a new revolution by helping designers go beyond what can be done today. We need to design structures like aircraft wings and rockets that are less stiff, much lighter, much cheaper and quicker to manufacture. For example, aircraft wings that are more flexible and stents [small mesh tubes used to support narrow or weak arteries] that don't break. We also want to make technology that is socially responsive and makes a positive impact on people's lives, because why do it otherwise?"

Malan also believes that transforming engineering education is crucial. "There is a resistance to change in educational programmes, but these need to be overhauled. At UCT, we've introduced new computational science courses, but I believe computational mechanics should be an engineering degree on its own."