Wealth from tourism not hitting the spot 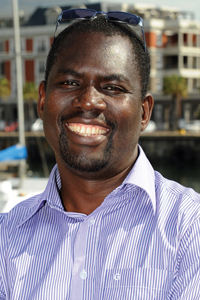 Associate Professor Edwin is director of UCT's School of Economics. This piece is based on a recent paper by him and Stage, published in Natural Resources Forum 2013.

Some 7.4 million tourists come to South Africa each year, generating around R51 billion in revenue. But it's not trickling down to the poor, Tourism growth in developing countries has drawn enormous attention as a tool for poverty alleviation, particularly in Africa. Though Africa garnered only 5% of total international tourist arrivals in 2011, this generated an impressive US$32.6 billion in income for the continent.

Tourism has become a key driver of socio-economic progress, generating export income, supporting infrastructure development, and creating jobs and enterprises. However, a recent research paper I co-authored has shed some new light on the role of tourism in poverty alleviation specifically.

My co-author, Professor Jesper Stage of the Department of Social Sciences at Mid Sweden University, and I used national data from Botswana, Namibia and South Africa to determine the impact of tourism on the economy as a whole. Tourism in both Botswana and Namibia centres on their wildlife and wilderness resources. South Africa has similar resources, but with its greater array of terrains, climates and wildlife, the tourism industry is more diverse.

In Namibia and Botswana, tourists generally visit state-controlled reserves, governed by policies that encourage the inclusion and support of industries that benefit local communities. In comparison, a greater proportion of South Africa's tourist resources are found on privately held land, with less community-managed nature and wildlife tourism.

While South African policies identify tourism as a tool of poverty alleviation, the lack of involvement of local communities and previously neglected groups suggests that these policies are ineffective.

The data we collected show that while tourism plays a relatively important role in each economy, it's by no means a dominant sector, accounting for 9% of GDP at most.

Our results show that tourism has done very little for the poor. Sadly, it seems that in all three countries, the idea of using tourism as a pro-poor development strategy has yet to bear fruit.