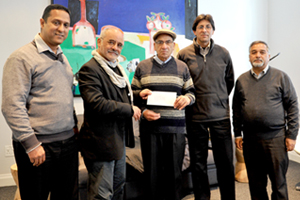 One of UCT's oldest benefactors, the Hospital Welfare and Muslim Educational Movement (HWMEM), has once again rallied to support disadvantaged students.

The HWMEM has been a loyal supporter of UCT students since the early 1960s when it set up its bursary scheme.

Although the community-based organisation was established to cater for the nutritional needs of Muslims at Somerset Hospital in the mid-1940s, it later grew to a welfare programme for the broader community.

It now assists students in higher education on an entirely open basis and recently extended support to students outside South Africa.