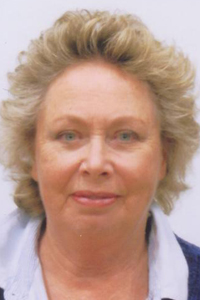 I recently attended the conversation between Dr Max Price and Judge Dennis Davis, presided over by chair of council Archibishop Ndungane. The conversation was engrossing. However, the discussion around transformation made me uneasy, because the descriptor 'transformation' only referred to UCT's population demographic that remains disappointingly white. I don't think many UCT staff or students would disagree that UCT remains 'too white': the demographic inadequately reflects the racial composition of both the Western Cape and the country.

My concern is with the unhelpful use of the descriptor 'transformation'. Even Price and Davis apparently collapsed the meaning of 'transformation' into changing UCT's population demographic. If my guess is correct, then I ask Price, Davis and the readership: Is this seriously all we expect from a transformed UCT - that there will be more black (African, coloured and Indian) faces on the campus? Is transformation likely to occur simply because the racial demographic at UCT shifts? What do we actually need / want / hope transformation will achieve at UCT? Or would we actually prefer UCT to remain exactly as is, only be demographically more diverse?

As I understand the word, transformation means that the identity, character, customs - indeed, the culture of the institution as a whole - should undergo profound shifts; not merely when the population changes, but also because the institution's culture is renewed, the place is altered, the space is transformed.

While many UCT staff are longstanding, UCT's student population is continuously changing. Despite this roll-over, I believe that there are many students and staff who experience UCT as a bastion of postcolonial English-speakers. Is this its problem? Or is an even deeper problem that the UCT community is suffering from a shortage of imagination?

Can we not disentangle 'transformation' from racialised associations, and consider transforming UCT? What would it entail? A hint was given during the Price-Davis event: one audience member lamented the fact that many young black South Africans respect UCT's excellence and seek admission, but only to collect an education and move on. He described UCT as "excellent", but not as "inspiring". Inspiration involves touching the heart. This speaker suggests that UCT fails to catch the heart of its students and staff, particularly black members who don't experience the residually English-SA educational tradition as inspiring, because they feel themselves to be outsiders to it.

Conceding that the above supposition is a flawed generalisation, I nevertheless maintain that it is hard to be inspired by cultural practices, or ways of doing things, to which you are an outsider. If this point is conceded then the ambit of 'transformation' needs to expand far beyond just thinking racially, and consider UCT's culture as it is lived by its population on a daily basis.

If we accept that 'culture' is our shared ways of doing things, then I am sure any reader can identify cultures of eating, teaching, researching, conversing, communicating, recreating and even flirting at UCT - some of which are shared broadly across demographic markers such as race, gender or age, and some of which are not. When these cultures are not shared, people do not feel at home, do not feel acknowledged, and do not feel they are in the right place. Now if you do not feel in the right place then you probably make plans to move on as soon as is convenient or feasible. If UCT needs transforming, then sticking with what we know will not achieve it. It behooves us all to take action.

I suggest that there is not a single person on campus who should not be part of transforming UCT; and consider the following: Transformation does not happen to a university or a community; it is effected by the university community; It encompasses demographic change, but more importantly, cultural practices; it encourages awareness of our cultural positioning and the fact that many of our most treasured customs are not shared. But different ways are not dangerous, they are merely diverse. How open are you to other practices and ways of doing things? Is there any way in which you could expand your awareness of others' ways?

There is a dire need at UCT for us to discover, uncover and enjoy the value of alterity; indeed to delight in it. In Theatre & Nation Nadine Holdsworth invokes Paul Gilroy's notion of conviviality for this purpose (After Empire: Melancholia or convivial culture?, 2004). She is writing about national consciousness, but I borrow her argument to apply to UCT's consciousness. She writes:

"The predominant civic and ethnic versions of the nation – pay little heed to the ways that people, who inhabit and make up nations, function day to day through meetings, interactions and collaborations across national boundaries and ethnic cultures. At this level of national daily life, Gilroy's emphasis on conviviality becomes useful. He argues that the term enables a move away from the focus on identity and that 'the radical openness that brings conviviality alive makes a nonsense of closed, fixed and reified identity and turns attention towards the always unpredictable mechanisms of identification' (2004:xi)." Transformation at UCT must encompass not only race change. More fundamentally, could the university community enjoy diversity a little bit more? For instance, could we open up understandings of transformation by means of student assignments? Could we set ourselves projects or thought experiments, wherein we imagine for a single morning, or even an hour, that every face that we meet on campus is of its opposite skin tone - so that my Xhosa-speaking tutor becomes in my head a 'pink, English-speaking South African'; or the white cafeteria attendant is imagined as an Asian SA, or my so-called coloured classmate is imagined as Zulu? Could we also notice how we are greeted in different ways with different emphases? Could we try using that other greeting ourselves?

Noticing how diversely we practice companionship, banter, civility as a whole, can open our cultural silos and allow us to mingle with a sense of belonging in a broader array of spaces. Can we think into transformation and imagine it more richly than as a sterile conception of racial swopping? Transformation encompasses taking on the present, acknowledging that it is loaded with past baggage, but opening our hearts and minds to the richly diverse ways of being ourselves that affect how we communicate every day in every part of the campus.