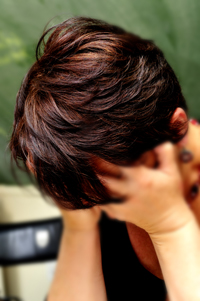 In the long run, it'll cost the country less to treat mental illnesses than to ignore or underestimate them, confirms a new study led from UCT.

A recently published research study, headed by UCT's Professor Crick Lund, shows that the total annual cost in lost earnings for South Africans with mental disorders was in the region of R30 billion.

This finding, which was released in the same week that International Mental Health Day was commemorated on 10 October, is in stark contrast to the South African government's projected total annual expenditure on mental health services of around R500 million.

The study results are based on the first nationally representative sample of mentally ill South Africans.

"Our findings support the argument that it costs South African society more to not treat mental illness than to treat it," says Lund.

The researchers expect the cost of lost earnings due to mental illness to be higher, as their analysis excluded child and adolescent mental disorders, as well as other severe chronic mental disorders such as schizophrenia and bipolar mood disorder.

They further suggest that there is a strong economic argument for preventing mental illness and scaling up mental health care and rehabilitation services as a means of alleviating the economic burden of these diseases.

It is widely known that people who live with mental illnesses - such as depression, anxiety and substance-use disorders - are less able to earn a living due to their disability. This is made worse by the stigma and discrimination faced by people living with mental illness.

One research programme, the PRogramme for Improving Mental health carE, (PRIME), based at UCT and funded by UKAID's Department for International Development, is developing evidence on the best ways to scale up mental health services. In so doing, PRIME hopes to advise governments of low-and middle-income countries on how best to integrate mental health care into the existing primary healthcare systems, and how to maximise the use of existing resources through simple ideas such as 'task-shifting'.

"An important first step towards this goal is for governments to develop the political will, and make more financial resources available for mental health care. And it even makes economic sense," PRIME states.