Price gets nod for a second term 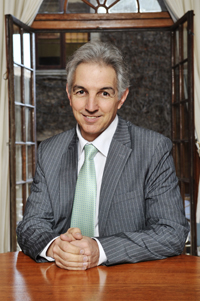 Staying on: Dr Max Price has been reappointed as the UCT vice-chancellor, and will be with the university until mid-2018.

Chair of UCT Council, Archbishop Emeritus Njongonkulu Ndungane, announced on Monday that UCT has renewed Dr Max Price's appointment as the vice-chancellor for another five years, effectively tying him to office until 30 June 2018.

In a statement, Ndungane pointed out that the proposal that Price's term be renewed had received "overwhelming support" from both Council and Senate. Price's first term was scheduled to end on 30 June 2013.

"Any decision to renew or extend a contract must be on the basis that this confidence has been tested and established," Ndungane said.

Ndungane had initiated discussions about a possible second term with Price last year, and had also started informal consultation with members of the Council, Chancellor Graça Machel, the university's Senior Leadership Group and the Students' Representative Council.

He began formal talks with Council in November 2011, and the proposal went before Senate in December, where it was passed with 90.6% of the vote, well above the two-third approval required.