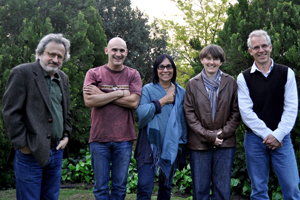 At the culmination of the Sawyer Seminar Series which has been going since 2009, Dr Lesley Green, an associate of UCT's Programme for the Enhancement of Research Capacity (PERC), brought together scholars from South America, Australia, Europe and Africa to discuss different ways of understanding ecology.

At the workshop, titled Contested Ecologies: Natures and States in the Global South, the keynote address was given by Professor Eduardo Viveiros de Castro, an internationally renowned anthropologist based at the National Museum of Brazil in Rio de Janeiro.

In addition to presentations by these visitors, another 12 papers by local academics and graduates, which were developed via the Contested Ecologies programme in 2010 and 2011, were workshopped over four days. Among the main topics were environmental conflicts, the nature of archives, and traditional understandings of plants and food gardens.