Teaching and studying Africa in the 21st century 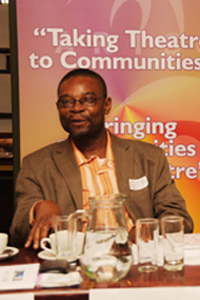 A few weeks ago the media published a remarkable photograph of Barack Obama and his National Security team watching live images of the US Navy Seals' attack on a compound in Abbottabad, Pakistan, in which Osama bin Laden was killed.

This photograph is remarkable, not for the event it records, but for the story it tells about our world and the order of knowledge we inhabit. Here is a small coterie of people watching an event happening far away, in another area of the world; and soon after, the same people or their agents announce what happened to the world; and then they set in motion the terms and frameworks through which the event will be discussed and debated, understood and evaluated.

As academics are wont to say, they provide us with the problematic and frame the terms in which the discourse will be conducted. All of this, far away from the scene of the event. In this rendering, the people of Abbottabad-the Pakistanis, on whose home ground the event takes place-become simply objects in the narrative, present only as evidence of failure, lack, or corruption; located within a narrative teleology constructed from elsewhere.

Reading this image, the discourses circulating around it, and the institutional sites of their production and dissemination, provides an insight into what 'area studies' is all about.

The scholarly study of Africa in institutions of higher learning began within the domain of area studies as knowledge constructed from a distance about an area of the world by 'experts' from outside of the area in question. But with political independence in many African countries from the late 1950s onwards, African scholars entering into the academy were disconcerted by this and by the absence or marginalisation of 'Africa' from the disciplines and sites of knowledge production. Rejecting the logic of area studies, they endeavoured within their various disciplines to make 'Africa' more visibly the object of intellectual engagement and academic production.

Two major trajectories may be identified within this new endeavour: the first was to produce and place more 'African content' at the forefront of research and the curriculum while the second focused on the more formal and structural struggle to question and extend the various disciplinary apparatuses they had inherited. This second struggle operated at the level of the authorised objects of study, theories, methodologies, and the paradigms and practices that make up the canon of the discipline. The one invariably fed into the other: it is one thing to insist that students study some pre-colonial African emperor, for example, but it is quite another to produce disciplinarily validated knowledge on the subject. As a consequence, many of these African scholars found themselves straining to break out of the methodological and conceptual constraints of their disciplines.

That was the era in which debates about issues such as "Is there an African Philosophy?" flourished, and with it came appellations such as 'sage philosophy', ethno-philosophy, and so on. These debates raged within many of the disciplines of the humanities from the 1960s to the early 1980s. With hindsight, it is clear that a certain unmaking of disciplinary boundaries was taking place but it was unnameable at this time. The disciplinary boundaries soon adjusted to this new reflexivity, and reaffirmed themselves as a new generation of African scholars settled into their allotted spaces within the disciplinary architecture of the university.

The question that we should be asking ourselves today in the humanities in Africa is this: how do we teach and study Africa in an African institution of higher learning in the 21st century in a way that does not reproduce the legacy of area studies and the blinkers of the inherited disciplines? And what will the study of Africa look like if the problem is constructed from a standpoint of embodied intimacy rather than distance? And what if the critical and methodological frameworks that orient the process of knowledge production take that previously unnameable trans-disciplinarity as their point of origin?

It is here - with these questions - that we begin at the UCT Centre for African Studies.