Trio of triumph for UCT at NSTF awards 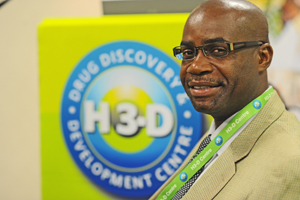 Keeping up the university's stellar track record in the event, three UCT scholars - from six nominations - walked away with honours from the annual National Science and Technology Forum-BHP Billiton Awards, hosted in style in Johannesburg on Thursday night.

The three are Emeritus Professor Lionel Opie, who received the Individual over a Lifetime Award; Professor Kelly Chibale, named as the winner of the TW Kambule National Research Foundation (NRF) award for a senior black male researcher over the past five to 10 years; and Dr Mohamed Azeem Khan, who won the Kambule NRF award as a distinguished young black male researcher over the past two to five years. 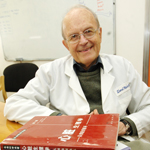 Opie, emeritus professor of cardiology and founding-director of UCT's Hatter Institute for Cardiology Research, was hailed for his contribution to the improved understanding of the causes of heart attacks, and the more effective use of medication for heart disease.

Chibale, director of the recently launched Drug Discovery and Development Centre at UCT, was cited for his significant contributions to research capacity and skills development in several key areas critical to the discovery of modern pharmaceutical medicines. 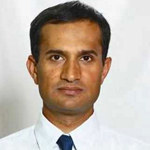 And Khan, a senior lecturer in the Department of Electrical Engineering, was recognised for his contribution to the understanding of industrial energy efficiency and the design of small-wind-generator and energy storage systems.

"The University of Cape Town is very proud that our researchers are recognised for the excellent work they do," said Gerda Kruger, UCT's executive director of communication and marketing. "The awards confirm the high calibre of the UCT staff and the significant impact their work makes in society.

"We congratulate the winners and recognise the accomplishments of the other finalists, namely Professor Jill Farrant of the Department of Molecular Cell Biology, Associate Professor Nonhlanhla Khumalo of the Division of Dermatology at Groote Schuur Hospital and Red Cross Children's Hospital, and Department of Chemical Engineering's Professor Michael Claeys, who led the UCT - SASOL Study Team on Cobalt Fischer-Tropsch."