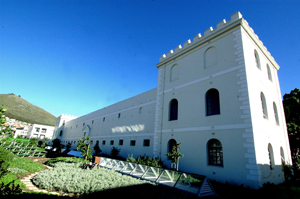 UCT's Graduate School of Business (GSB) can now count itself among the best on the planet, after placing 49th in the world for customised programmes on the Financial Times' executive education custom ranking for 2010.

This is the first time the GSB has featured in the prestigious ranking, joining the University of Stellenbosch and the Gordon Institute of Business Science at the University of Pretoria, which came in at 62 and 38 respectively.

"The ranking reflects that South Africa is increasingly being recognised as an education destination that offers both quality and value-for-money," said Elaine Rumboll, director of executive education at GSB. "The achievements of these three business schools stand together as a great advertisement for business education in South Africa and on the African continent as a whole."

GSB's rankings were high in a number of categories, including international clients (27th), programme design (28th), faculty diversity (32nd) and value for money (34th). Rankings were especially high in the future use (12th) and overseas programmes (10th) categories.

Rumboll added that the School had excelled in the overseas programmes' category due to the continued success of its customised programmes for Johnson & Johnson and BHP Billiton - two programmes that are run with international partners.

The GSB has also been recognised by UNICON, the International Consortium for Executive Education, as one of the top six executive education innovators.