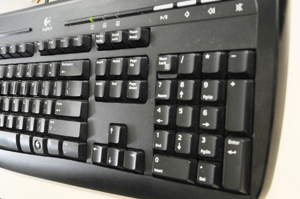 All software programmes and operating systems are vulnerable to attack. Even Apple Macs - traditionally less vulnerable - are now being targeted. In a constant race to close up these security holes, developers regularly release patches and updates. A patch is an immediate fix to an identified vulnerability; whereas an update may include changes or enhancements to the operating system or application, as well as all patches that have been released since the previous update. Microsoft releases their patches on the second Tuesday of every month - commonly referred to as Patch Tuesday.

What is the easiest way to make sure that you receive the right patches and updates?

If you are on campus, you don't have to worry about manually downloading and installing the patches and updates. ICTS provides an automatic update service for Windows, Apple Mac and Linux machines. The Windows Server Update Service (WSUS) includes updates and patches for the operating system, including Internet Explorer, and for all Microsoft Office applications. Our Apple Software update service provides Mac users on campus with their patches, and Linux users can make use of our ZENworks Linux Management service.

All you need to do is connect your machine to the relevant automatic update service. Thereafter, whenever a patch is released, your machine will alert you that there are updates ready to be installed - you just have to accept the update. Reboot your machine after installation to ensure that the patch or update is properly installed.

Right. That takes care of your operating system and some of its associated applications, but what about other software that you've purchased? Most software companies make their patches available via the internet.

Mozilla's Firefox browser, for example, regularly prompts you to install the latest updates. Adobe Acrobat, Flash and many others do the same thing. You will be prompted to install any newly-released patch as soon as you open their software. You'll need an active internet connection and will need to accept the prompt to run the installation. Don't ignore these update requests: it is always better to accept an update than to leave your machine unprotected and therefore vulnerable to attack.

Most updates run quietly in the background and require hardly any user intervention, making it an effortless way to stay current and protected.

For more information on how to secure your operating system, read the articles under the Antivirus & Security menu on the ICTS website.