Dr Graeme Meintjes, a Wellcome Trust Fellow at the University of Cape Town, has published a study on the largest case series ever reported of a complex and increasingly common condition, TB IRIS, which affects people taking combined medication for HIV and TB.

TB IRIS, or the HIV-tuberculosis immune reconstitution inflammatory syndrome, refers to the recurrence of tuberculosis symptoms in HIV-positive individuals who are on treatment for TB and then start antiretroviral therapy.

The study, conducted from 2005 to 2006 at the community-based GF Jooste Hospital in Manenberg, evaluated 100 individuals with suspected TB IRIS.

The study describes a paradoxical deterioration in patients being treated for both HIV and TB with drugs that are otherwise lifesaving.

The TB IRIS syndrome is common in the Western Cape, linked to the triple coincidence of a very high tuberculosis notification rate (preceding the HIV epidemic, the Province had - and still has - the country's highest TB rate), an expanding HIV epidemic, and widespread access to treatment for both conditions.

Many are reporting a recurrence of TB symptoms such as coughs, night sweats, glandular swellings and abdominal abscesses.

"ARVs cause an improvement in the immune function, which drives inflammation at the site of TB," Meintjes explained.

"Both [drugs for HIV and TB] are necessary, but there are complications of the combination such as interactions of metabolism in the liver and TB IRIS," he said.

"A further twist is that TB IRIS can also complicate drug-resistant tuberculosis, which makes for a very complex situation indeed," said UCT's Robert Wilkinson, a Wellcome Trust Senior Fellow and Honorary Professor at the Institute of Infectious Disease and Molecular Medicine. 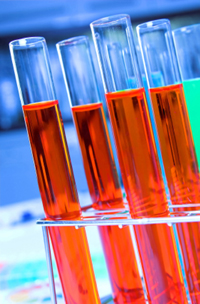 In 2003 Meintjes and a colleague established an HIV/TB unit at GF Jooste Hospital. With a huge catchment area, spanning Khayelitsha and Mitchell's Plain, it's the city's busiest hospital, with a high burden of HIV and TB.

For example, 25% of patients from Khayelitsha and Guguletu who start on antiretroviral treatment for HIV are already taking medication for TB.

The TB IRIS phenomenon is not new. It has been described elsewhere in the world, where ARVs have been available globally since the early 1990s. The syndrome is only now becoming apparent in South Africa, where the government's roll-out of ARVs began only in 2004.

"Since 2004 we have seen cases of TB IRIS syndrome growing as more and more people started getting access to ARVs. At GF Jooste we've seen over 300 cases of people with this syndrome," Meintjes said.

"Because of the overlap between HIV and TB here and the frequent need to treat both simultaneously, we have developed expertise in managing the condition."

The important message is that despite the recurrence of TB symptoms, individuals taking ARVs and TB medication should continue taking both.

"Our study shows it usually resolves on its own in one to three months."

His study also raises an important management question: the role of corticosteroids such as Prednisone for treating TB IRIS. This week Meintjes was in Montreal to present the results of an important clinical trial on the subject at the 16h Conference on Retroviruses and Opportunistic Infections (CROI).

This trial demonstrated that Prednisone reduced the need for hospital admission and therapeutic procedures in those with TB IRIS, and substantially improved their symptoms and general wellbeing.

The editorial in Clinical Infectious Diseases reports: "The collision of TB and HIV infection has resulted in an estimated 12-14 million people co-infected with both HIV and M Tuberculosis, the majority of whom live in sub-Saharan Africa."