Kalula to sound out Zim 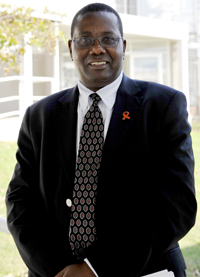 Professor Evance Kalula, director of the Institute of Development and Labour Law at UCT, has been appointed to a commission of inquiry to investigate complaints of non-observance of freedom of association by Zimbabwe.

The three-member commission was constituted by the International Labour Organization (ILO), and will be sworn in at its headquarters in Geneva next month. It is expected to complete its work in July.

"The task of the commission will be to examine the complaints by hearing and gathering evidence, and to make recommendation to the ILO's governing body," explained Kalula.

He added that the commission is similar to the one that was appointed for South Africa in 1992. The 1992 Fact Finding Commission was appointed to probe complaints by COSATU and in retrospect has been seen as a factor in the galvanising of negotiation towards the 1994 democratic settlement in the labour sector.