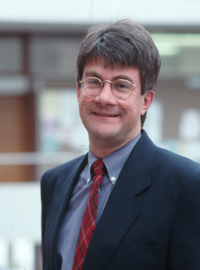 As my deanship draws to a close, I cast my mind back to 1999. The first 18 months of my term were dominated by planning for the Faculty of Law's move to the Wilfred & Jules Kramer Building on Middle Campus. Under Professor John Hare, the faculty's Fundraising Committee raised almost a million rand to build and equip the state-of-the-art Oliver Tambo Moot Court as a physical sign of our commitment to transformation of the law.

In 1999, I had also initiated a Professional Education Project as the revenue generator. This entirely self-funded project has grown steadily from a net profit of about R120 000 to R150 000 per annum. This year, this arm of the faculty expects to net almost R700 000.

Mid-2002 saw the appointment of a development and marketing manager, and the start of a process of re-establishing links with alumni and friends. Over the next five years, the endowment fund grew by R17 million, of which R8 million was used for specific purposes, such as the inaugural diversity scholarships, staff development and funds for the library.

The celebration of 150 years of the teaching of law at UCT has afforded the faculty a platform for a fundraising drive. Dubbed Towards Sustainable Justice, the target for the drive is R25 million. Starting from a base reserve of R9 million in October 2007, a further R7 million was pledged in the silent phase. In the six weeks since I went public with the campaign at the reunion weekend in October 2008, a further R2 million has been raised or promised. The 'ask' letters to the remaining 3 600 alumni were posted on 14 November, so the final chapter has still to be written.

There is no formal ranking of law faculties around the world, but the following five criteria provide measures of the quality of the faculty.

The staff development programme from 1998-2004 can also be counted as one of the successes of the faculty, enormous as the management content of that initiative was. On the research side, there were the initiatives of appointing a Director of Research, and of enhancing that with the appointment of an administrator. Recognition in the form of two research chairs (African Security & Justice and Customary Law, Indigenous values & Dignity Jurisprudence) and two funded chairs (Intellectual Property Law and Constitutional Governance) has been most gratifying.

Despite some differences, there has been no major blow-up with the students over the past 10 years. This very sound staff-student relationship is extremely gratifying, and is due to both good student leadership and hard work.

I do believe that we have achieved a sense of community, of common values, and this was never more palpable than the extraordinary outpouring of grief over the death of colleagues in service over the past few years. I think of Mike Blackman, Venetia Lorenzo, Mike Larkin and Leslie Alexander.

The Student Seminar for Law & Social Justice (SSLSJ) held its second three-day event in September, this time with seven universities participating. This initiative enjoys our financial and moral support, which has been more than vindicated. Similarly encouraging has been the alacrity with which students took to the 60 hours of unpaid community service, introduced in 2005, as a curricular requirement for the award of the LLB.

Low points have been the repeated and increasing demands to account for what we do, and to report to Government. Quality assurance procedures in their current format, while necessary, are an absolute drain - and strain - on academics' time. Telling people that they haven't got the job or haven't got the promotion has also been a hard part of the job for me, even though I accept that it goes with the territory.

The good part of the job is, of course, being able to award accolades, and I have had the privilege of presenting many. Some of them have already been mentioned, but I do want to add two more. One is the expanded work of the UCT Law Clinic, including its work with refugees, and the other is the establishment and now firm foundation of the Academic Development Programme.

In the wider sphere, following on from a need to talk about the four-year LLB, I wrote to my counterparts, and since an initial meeting in the Oliver Tambo Moot Court in 2001, the SA Law Deans' Association has met twice-yearly, and is now a recognised body with its own constitution.

As to the future, I will spend a year trying to recoup lost time in the academic sense, mostly by reading but also by some dedicated research. I will return to the Chair of Public Law in January 2010, and will hopefully continue to be involved on an ad hoc basis in wider issues within the university, and within the whole area of constitutional democracy.

PJ Schwikkard takes over with my good wishes and full support. She inherits a strong faculty and an involved alumni base, and I would like to thank everyone for the support and contributions that have been so much a part of these 10 very good years.