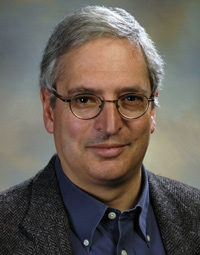 Alumnus Hugh Rosen, Professor of Chemical Physiology and Immunology and chair of the Committee for Advanced Human Therapeutics at The Scripps Research Institute, has received a US$88 million grant from the National Institutes of Health(NIH) to screen molecules for new drug development.

The six-year grant is the largest ever awarded to Scripps Research and will strengthen the collaborative efforts of the team of scientists at nine institutions in the US. They are part of the Molecular Libraries Production Centres network, which is part of the NIH's strategic funding plan, the Roadmap Initiative.

High tech screening methods will be used to identify small molecules for use as probes to investigate the diverse functions of cells. These have become invaluable tools for exploring biological processes and for developing new therapies for disease, especially rare and 'neglected' disease.

Lead by principal investigator Rosen (Class of 1982), the initiative began three years ago with funding of US$10.4. Scientists in the pilot projects have been using the Molecular Libraries Small Molecule Repository, a public collection of hundreds of thousands of chemically diverse small organic compounds that have the potential of interacting with various human proteins and other molecules that cause disease.

The combined strengths of the nine centres has created a formidable resource. One centre in La Jolla is able to test over one million assay wells per day and has on-line storage capacity of over a million compounds. It is dedicated to high throughput screening.