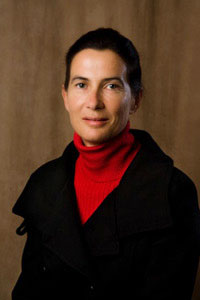 Professor Pamela "PJ" Schwikkard will take over as Dean of Law on 1 January, 2009, following a handover period working in tandem with the incumbent, Professor Hugh Corder. Her contract is for five years.

Interviewed shortly after the announcement, Schwikkard said it was a challenge she looked forward to.

"It's a very strong faculty that has been lead by very strong deans, including Professors Hugh Corder, Danie Visser and Dirk van Zyl Smit."

Schwikkard said that transformation is at the top of her list of priorities for the faculty. "We need to transform our student and staff bodies, there have been quite a few initiatives on this front over the past years, it's not a new priority for the law faculty.

"However, transformation is a difficult task. There is no magic wand. We need to keep trying new strategies and reviewing the success of those."

A National Research Foundation-rated researcher, Schwikkard hopes to maintain her research profile during her deanship. Passionate about social justice, her research niche is the law of evidence.

Vice-Chancellor Dr Max Price said that Professor PJ Schwikkard's appointment marks "a historic moment as it is the first time that a woman has led the Faculty of Law at UCT". He added that Schwikkard's appointment is not only in line with UCT's transformation agenda but that her capabilities contribute significantly to the university's vision of being a research-led institution as good as any in the world.